Dum Dum Girls – I Will Be 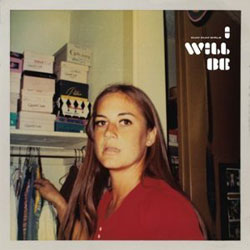 Dum Dum Girls’ debut album is a 30-minute romp of scuzzy guitars and girl-group pop sensibility. Combining sounds from ’60s pop, ’70s punk, ’80s indiepop and ’90s grunge, band leader Dee Dee has created a release that presses a million nostalgia buttons at once to uplifting summery effect, but is perhaps sometimes too mired in reverence for her influences to be more than a pleasing anachronism.

Dee Dee makes no bones about exposing Dum Dum Girls’ influences: the band’s name could be a nod to Iggy Pop‘s Dum Dum Boys, the Vaselines‘ Dum Dum and Talk Talk‘s Dum Dum Girl, and, given all that, one can’t help but think Dee Dee’s own name might be a nod to the Ramones. But as if making her inspiration clear in her band name, Dee Dee has chosen to work with her inspiration by recruiting Richard Gottehrer a songwriter and producer. He wrote ’60s classic My Boyfriend’s Back and produced albums by Blondie, The Go Gos and The Raveonettes.

If you think that describing an album by listing a load of other acts is a bit lazy, you’d be forgiven, but nothing could give you a better feel for what to expect from I Will Be. With 11 tracks coming in at 30 minutes, Dee Dee does not mess around. Touching on subjects from teenage love (Rest Of Our Lives) to the virtues of illegal drugs (Bhang Bhang Burnout), the album is full of youthful exuberance, although some of the impact is lost beneath the relentless reliance on songs that barely cross the two-minute threshold and the low-fi buzzing of guitars, which cause the songs to bleed into each other.

Jail La La, about waking up clink with no idea why, is a perfect example of a song that on its own is an uplifting fusion of punk and ’60s pop that recalls indiepop era My Bloody Valentine and Heavenly, but is swept up in the general messy burr of the album.

As homage to their influences Dee Dee and Dum Dum Girls have made a sterling effort. The summery feel and gloriously messy pop sensibility are at times great fun, but with something that is so derivative, it is hard to get too carried away without getting an urge to switch this album off and dig out the originals.