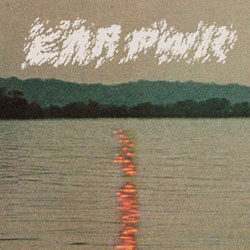 All of this has earned the band an extensive critical kiss-off. They may not ask for much, but their music, as evidenced on their debut Super Animal Brothers III fostered a nasty sense of irritation – for all of its flimsy fun, the music could come off as almost disingenuous. It was music by people more interested in being in a band than playing music in a band. Two years on from that debut things have changed. The band sounds older, more interested in their craft, maybe even a little more serious. Yet all this change has done is turn all that annoyance into a much more damning atmosphere of boredom.

There is still a blend of analogue synthesizers, primal drums, and Reynolds’ dawdling voice. Most of the former exuberance is drained out, and instead we’re left with jumbled, overstuffed smudge-songs that often don’t give the listener even a vague sense of direction. A song like Baby Houses is so packed with opposite-facing elements it’s hard to figure out what needs fixing first; the buried voice? The confounding drum pattern? The ridiculously out of place cymbal crash?

Occasionally they try to smear their sound into a sprawling, hazy murk in a vague attempt to build mood – like on National Parks, which repeats its titular lyrics over a low-rent electro-gleam and a few delicate chimes, which for all of its goodwill, comes off as pure aggravating filler. There’s little here that sticks out, and what does generally emerges for the wrong reasons. It’s unfair to let pre-conceived notions colour a band, but even to the layman the conceptual ingredients behind EAR PWR make them starkly unlikable. One of their last.fm tags is predictably ‘hipster garbage’.

There is one thing keeping them from being entirely written off, and that thing is Melt. Coming three tracks deep, the song combines the band’s few sparks into a great pop song. Sarah is still unadorned; singing plainly, but with a dainty charm that’s not present elsewhere. Devin Booze reigns in his hyperactive synth-work into a few vital notes, and, while his drums are still overly complex, here his polyrhythmic assault is mesmerizing, giving the song a well-needed core – the song has identifiable layers, structured with a linear care, which is quite a perk considering how tangled the rest of the listen is.

For now, EAR PWR is stuck in the frustrating realm of closed-off mediocrity. Their steps out of spazziness have given them an arguably less flattering look than before, and it seems without an aesthetic makeover they’ll be here for a career. They’ll keep the fans, friends and sub-headlining tours they’ve worked for, but if this album is any indication, the slight potential they had has already run out.