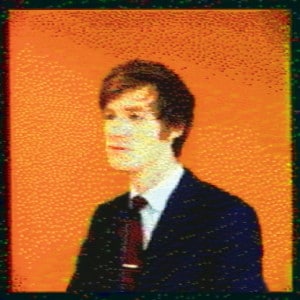 Predicting how successful debut albums will be both critically and commercially can be a tricky business. Some artists are almost picked up from the moment they come into being and are then tasked with producing a debut that lives up to the hype that comes from lists such as the BBC’s Sound Of… polls. Others, though, come from relative obscurity and have to rely on the music doing all the talking for them.

This was certainly the case for William Doyle’s debut, Total Strife Forever, which was nominated for the 2014 Mercury Prize album of the year. Despite recording the LP largely in his own bedroom, the 24-year-old, better known by his stage name East India Youth, delivered a euphoric collection of 11 songs that demanded to be listened to as a whole. As a result, the record was repeatedly touted among the best of the year.

Total Strife Forever’s success was as much of a surprise to Doyle – who started his career as the lead singer of indie band Doyle And The Fourfathers – as it was to those who were experiencing his intoxicating electronic compositions for the very first time. Yet any concerns about Doyle struggling to live up to the high expectations set by his debut are dismissed within the opening minutes of his second album, Culture Of Volume.

Kicking off with The Juddering – a song that sounds almost exactly like its name would suggest – Doyle’s latest effort is the work of an artist who has total confidence in what he is doing. However, Culture Of Volume is by no means a rehash of its predecessor. It manages to surprise and intrigue at every turn, starting with the almost static-like synths on the album’s opener that create a wall-of-sound both intense and unsettling.

The song eventually gravitates towards a more heavenly arrangement, which is then completely turned on its head by End Result. “The end result is not what was in mind/ the end result is always hard to find,” Doyle sings, over a sweetly repetitive melody that has all the makings of a straightforward pop track, before skewing off towards its conclusion into wondrous, futuristic synths.

As with much of Culture Of Volume, Doyle flirts with beats and melodies that could quite easily be chart-worthy, but there is always an underlying splash of experimentation that makes each song quite individual and far too idiosyncratic to be up there with the big hitters. Beaming White is a perfect example of this; its addictive synth line and sumptuous chorus are undoubtedly irresistible, yet its chaotic, restless beat provides a fascinating contrast to the otherwise soothing melody.

The electronic soundscapes that made Total Strife Forever so atmospheric remain ever-present once again, although there is even more going on this time around – and that is saying something. Entirety is a striking reflection of how Doyle’s mind works, channeling a whole host of ideas into a madcap, rave-inducing four minutes. While the mesmerising Carousel follows it up with beautifully theatrical synths that combine with Doyle’s own soaring vocals to deliver an emotive sucker punch to the gut.

Elsewhere, tracks such as Turn Away and Hearts That Never continue to display Doyle’s pop sensibilities, while more cinematic pieces like 10-minute epic Manner Of Words and shimmering closer Montage Resolution show that his ambition has few limits. Ultimately, Culture Of Volume is a masterful return from the East India Youth man, one that manages to provoke a rollercoaster of emotions over its run time. What it may lack in cohesion, it more than makes up for in adventure and it is certainly one hell of a captivating ride.