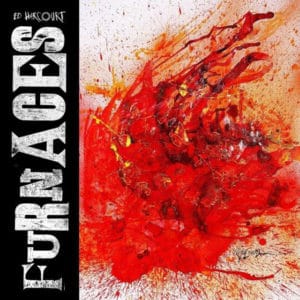 From his Mercury-nominated debut, 2001’s Here Be Monsters, through to his most recent record, Time of Dust (2014), Ed Harcourt has consistently produced engaging, high quality albums. On his seventh, he has crafted his most fully realised, coherent and gratifying work.

After the brief piano-led intro – leading you to believe this is a classic Ed Harcourt record – The World Is On Fire follows, giving a truer sense of the aesthetic and thematic intentions, setting the apocalyptic scene. Musically spare but no less powerful for it, it’s not unlike Nick Cave in its melodic rhythms. The lyrics describe “an empty playground with a bird on a swing”, and further unnerve by declaring “As the world is on fire/I hear songs with no words”. Perhaps the most troubling element of the song is the sense of surrendering to the unfolding shitstorm. The line “In the grand scheme of things, it’s just a dot in the universe” feels like Harcourt’s defeated in the face of horror.

But there seems to be a lot of role-playing going on throughout, giving him the freedom to explore both sides of the coin: giving a shit vs not giving a shit; being good or being bad, none more so than on Dionysus, where proceedings get heavy. It opens sweetly enough, but it isn’t long until Harcourt unleashes military drums and searing guitars, turning Dionysus into a beast of destruction. Harcourt pleads with the Greek god, “Oh Dionysus you split yourself in half/you’ll never win the war when you only hurt yourself”, and the music breaks into a gentle interlude, only to burst into sonic flames with the return of guitar and drums, its subject left “tearing through your beauty to lustful damnation always between the good and bad”.

Harcourt also slips into another famous character, Loup Garou, the werewolf-like creature of French mythological origin. The track’s forbidding gothic textures build like a horror film and it’s complete with a big bold call and response chorus – “Loup Garou, don’t you know I’m a beast of a man.” On this record his voice is chameleon-like, as he endlessly adjusts its timbre in order to occupy this collection of hellish beasts. On Nothing But a Bad Trip, Harcourt recalls Beck’s bassy drawl for the chorus, and a lyric that seems to reference his transformation – “Open my mouth the sound that came out wasn’t even human.”

These effortless shifts aren’t only reserved for dark, troubled characters, but equally for the songs exploring just why surrendering to troubling times and dark forces is not the only option; that there are things worth fighting for. The jarring beat and brief spots of lightness of You Give Me More Than Love see Harcourt untether his heartfelt bruised croon, as he touchingly confesses, “You could be my saviour/you could be my God/cushion all my failures/give me more than love.”

Vocally, Harcourt’s never been on better nor more imaginative form, and the same could be said for the musical reach. He’s really opened up the paint box on this one, and the title track reaches filmic proportions. You can feel the heat of those chugging rhythms bringing to life industrial scenes of yore – they may be historical, but the issue is firmly in the here and now. He sings: “These furnaces still want more/These furnaces never know when to quit”, and seems to be commentating on our endless consumerism, continuing its destructive path of pollution and melting ice caps.

ANOHNI broached the same issue on her brutal and unforgiving Hopelessness, but here Harcourt allows for glimmers of hope among the fire and brimstone, serving up a healing slice of bright anthemic optimism with Last of Your Kind. Despite the terrifying lyric – “Nothing more to do your the last of your kind/no one else like you your the last of your kind”, feeling all too real, there are shards of light built into this rousing number.

Harcourt throws us a bone of hope with the line “Just when I thought there’s nothing worth dying for/just when I knew it was pointless being born/Just when I thought there’s nothing worth living for/there you stood in the eye of the storm.” It’s one of the standout tracks on the album and for all the apocalyptic fire and ash we leave in our wake, it seems this sentiment is the one speaking most loudly: focus on the eye of the storm and look for good stuff; the stuff worth living for. There are some tracks that don’t impress as much as others, but overall there isn’t a weak link in the engrossing narrative Harcourt has created here; it’s an utterly absorbing record, burning brightly as his boldest statement to date.