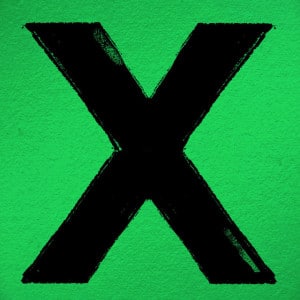 Oh, Ed Sheeran, so much to answer for. Without Ed, we may not have had a parade of earnest, tattooed young men half-singing and half-rapping over an acoustic guitar. We may not have had an explosion of buskers in every high street (with their own soundsystem no less) crooning The A Team with stars in their eyes of duetting with Taylor Swift some day. And, possibly most unforgiveably, we may never have even heard of James Arthur.

Yet there’s something undeniably likeable about Sheeran. He’s not your typical, chiselled pop star, he comes across in interviews as a naturally nice, self-deprecating guy (“I’m a singer you never want to see shirtless” runs one lyric on one of X’s bonus tracks Take Me Back) who’s just stumbled on this pop star business and some of his earlier material (namely the excellent No 5 Collaborations Project) showcased a gritty and thoughtful talent who could go far.

And go far he did, becoming one of the few British stars to genuinely break America, receive BRIT awards and Grammy nominations and see his debut album + (otherwise known as Plus) be certified Triple Platinum. There is, then, an awful lot riding on X (or, Multiply – see, there’s a pattern here) and it would be understandable if Sheeran took the approach that ‘if it ain’t broke, why fix it?’

To his credit though, Multiply seems like a real creative step forward for Sheeran. He’s certainly not dumped his trademark sound, but he’s embellished it with the help of some star producers (the legendary Rick Rubin, and in his never-ending quest to become the most ubiquitous figure in modern pop music, Pharrell). While it’s not free from some of the problems that his debut had, it’s refreshing to hear someone willing to move outside of their comfort zone.

One example of that is on the pretty brilliant Sing, which would give Justin Timberlake a run for his money in its inherent funkiness. In fact, with its frantically strummed acoustic riff, trademark Pharrell drumbeats and Sheeran’s impassioned falsetto, Sing sounds more like the natural sequel to Timberlake’s Like I Love You and improbably casts Sheeran as the new dancefloor lothario (bonus points too for the line “We found love in a local rave”).

Elsewhere, he proves that all that time hanging out with Taylor Swift hasn’t been wasted with Don’t being one of the more vicious songs penned to an ex in recent times. Admittedly, some of the lyrics, addressed to an unnamed pop-star, are a bit cringeworthy (“We drink away the days with a take-away pizza, before a text message was the only way to reach her, now she’s staying at my place and loves the way I treat her”), but it’s good to hear Sheeran with a bit of fire in his belly. The Man is another good bitter anti-love song, simply Sheeran rapping over some beats and a piano, spitting out lyrics like “I’ll make your little secret public, it’s nothing, I’m just disgusted with the skeletons you sleep with in your closet to get back at me”. There’s even time for a quick name-check for Bon Iver‘s Holoscene.

If Multiply was all like this – big funky beats and blisteringly personal lyrics – it could easily be one of the albums of the year. However, the big thing that drags Multiply down is a huge reliance on epic sounding but bland ballad-anthems. It’s an understandable approach, given that Sheeran could probably compete with the likes of Coldplay or Snow Patrol when it comes to selling out stadiums, but it doesn’t help that so many of these ballads are so bland and colourless.

Photograph is co-written with the aforementioned Snow Patrol’s Johnny McDaid and has a similarly bloated feel to the worst of Gary Lightbody’s band’s output. It’s not that it’s bad, it just feels calculated and a bit cynical, almost as if it’s been written specifically as a soundtrack to a particularly emotional scene in a US television series. Tenerife Sea is, if anything, even worse, with its cloying lyrics about how nice a particular girl’s dress and hair looks. No doubt many lovestruck couples will pick it as the music for their first dance at their wedding – you should, under no circumstances, be friends with these people.

Most of these ballads are in the middle of the album, which drags it down somewhat, so it’s a blessed relief when Pharrell returns to produce the excellent Runaway – again, it comes as something of a shock to hear how at home Sheeran sounds being all funky, and his voice, which so often sounded too frail and fragile on +, is almost soulful here.

Things end on a high with the beautifully touching Afire Love, written about Sheeran’s grandfather’s battle with Alzheimer. As ever, when Sheeran lets his lyrical guard down, he can paint a beautiful picture with his words, and Afire Love is a poignant example of this. Despite its flaws, X will undoubtedly be another huge success for Sheeran, and if he can build on its good points, there could be an even better record lurking inside him as well. We may even forgive him for James Arthur.