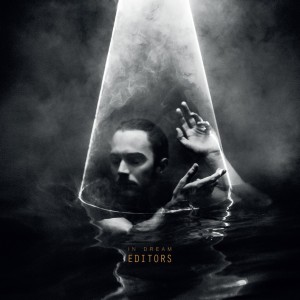 Chris Urbanowicz’s departure from Editors in April 2012 was a hugely pivotal moment for the band, one that unfortunately resulted in a subsequent identity crisis for 2013’s The Weight Of Your Love. No longer relying on the punchy miserabilism akin to Interpol and Joy Division for early singles such as Blood and Munich that saw debut album The Back Room achieve a Mercury Prize nomination, guitars were being wrestled aside, a directional change that Urbanowicz had been heavily involved in.

The Back Room has recently enjoyed its 10th anniversary, so for In Dream to become their fifth studio effort in just a decade despite the rocky road they’ve travelled is pretty remarkable. The Weight Of Your Love was an awkward effort though, one tempered with confusion as the band attempted to create a ‘full band’ record, yet at the same time they tried to break free from the limitations of guitars and in particular their trademark sound, the instantly recognisable shimmering, rapid strumming, an element that only appears the once within the new collection on the excellent Our Love. Electronica was gradually muscling its way in, as if it were a child battling against its favoured siblings in a bid to become the new centre of attention.

Whilst this metamorphosis was clearly evident, initial results were unanimously tepid, revealing almost tangible anxiety within the band. The past had not been fully left behind and so their fourth album became, inadvertently, a mixed bag of ideas. In Dream, however, sees them almost completely shed the skin of the past and head full-on towards the synth world, in particularly the early 1980s, as the transformation approaches completion.

An isolated spell in Crear, Scotland enabled the now five-piece to focus more clearly than before, self-producing the album almost by accident with completion of the final recordings not being the initial aim, hence no producer in tow in the Highlands. Slowdive’s Rachel Goswell did join up with the band, however, adding her dusky, gentle tones to a number of tracks on backing vocals along with a bigger duet contribution for haunting effort The Law; it’s a gorgeously atmospheric cut where the male/female vocals couple together harmoniously amidst almost experimental sounding synths and ominous bass notes.

The cold, dark atmospherics pop up more than the once. Opening track No Harm pitches itself somewhere near Depeche Mode and latter day Gary Numan, “I’m a go-getter” solemnly declares singer Tom Smith, the contrast in the lyric and the emotional tone of the track a thing of sheer beauty enhanced by Smith’s constant switching between the familiar baritone lows and a startlingly effective falsetto. At All Costs is another sparse cut, this time Goswell’s backing vocal brushing the track discreetly.

Several tracks have been released prior to the album, but Life Is A Fear is the first official single. It’s a pulsating effort full of synths that more than hint at the abduction of Midge Ure and Billie Currie, with both Visage and Ultravox being obvious comparisons and with Smith’s low vocal again often making way for the higher falsetto, Bronski Beat’s Jimmy Somerville is also recalled for one of the best tracks on the album. That honour is undoubtedly won, though, by closing track Marching Orders, another to enjoy an earlier appearance than the album. At almost eight minutes, it’s an epic where the pinnacle of the band’s new direction is reached in euphoric fashion, moving from quiet beginnings to a gradual crescendo of synth majesty.

Visual collaborator Rahi Rezvani was charged with producing all artwork for the album, including videos and these add considerable weight to the whole experience – well worth checking out. Without these visuals, In Dream is an enchanting effort nonetheless. From the haunting atmospherics to the ‘80s soaked electronica, there is much to love about the album. Those looking for the band that first appeared in 2002, however, will be disappointed – the traces are almost completely gone, so it’s time to accept and embrace the new Editors.