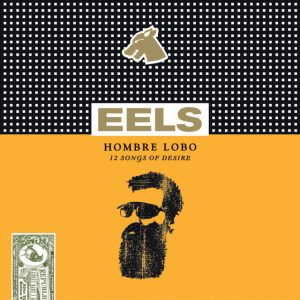 Thirteen years and six studio albums after his first release under the guise of Eels, Mark ‘E’ Everett seems to have hit an emotional and creative barrier. Four years on from the career-high of the double album Blinking Lights And Other Revelations, Hombre Lobo is a decent, if unspectacular return for one of America’s most fascinating songwriters.

It would be unfair to expect radical shifts in direction from a singer whose fine canon of work is consistently lauded as among the best of his generation by critics. However, despite an attempt at writing ‘in character’ – that of a werewolf struggling with his rapacious sexual desires – Hombre Lobo is so similar in style and subject to Everett’s every release since 2001’s rocky Souljacker that it ultimately becomes little more than Eels by numbers. That this is better than many records released this year says much about Everett’s longevity, razor-sharp pop sensibilities and complete disregard of musical trends.

Melding two of his signature styles – fuzzy, yelpy pop songs and mournful, slight vignettes on Everett’s impotent yearning for a beautiful girl – the lean Hombre Lobo is an admittedly far less daunting proposition than his sprawling 33 track opus Bright Lights. However, despite there being a more than a few morsels to sink fangs into, this sometimes feels more like a KFC Bucket to that record’s 12-course banquet.

Roughly divided between short and sharp rockers and slightly more meandering slow songs, Everett is at his best screaming into the microphone. The bluesy stomp of the opener Prizefighter is among the best tracks on the record, a breezy, confident yelp through lyrics like “I’m a go-all nighter… I’m an everything’s-all-righter… I’m a Prizefighter” which takes Seasick Steve‘s schtick and ladles on a huge dollop of cheerful irony. What’s A Fella Gonna Do sounds like a bastard amalgamation of The Kinks and The White Stripes, and while the chorus doesn’t live up to the thrilling whirl of the introduction this is still joyous stuff.

Compared to this, self-indulgent The Longing is an enormous let-down, a four and a half minute dirge that feels like early single Beautiful Freak’s dull cousin, with Everett churning out some of his best-loved lyrical couplets about mortality, obsession and unrequited love: “Surely there are other things to life/ But I can’t think of one single thing/ Than matters more/ Than just to see her”. No, it doesn’t scan any better in the song.

In My Dreams is better, displaying the kind of wide-eyed wonder at the beauty of the world that Everett writes better than anyone, but this, All The Beautiful Things and My Timing Is Off are all pretty disposable songs, not the equal to, say, any of the heartbreaking emotion of the Electroshock Blues album.

Perhaps the problem with Homre Lobo is that fans of Everett’s work will find little new here, and the record is unlikely to bring in a huge new fanbase. Despite there being a few standout single moments – in particular the storming fuzz-pop of Lilac Breeze that echoes, surprisingly, VV Brown‘s rockabilly jiving, Eels seem to be getting stuck into a well-worn and comfortable rut.

It’s very noticeable that when the Everett tries something a little different the record picks up immensely, especially on standout track Fresh Blood which mixes werewolf howls, atmospheric electronica and a violently menacingly guttural vocal about “After the fire/ Before the flood/ My sweet baby/ I need fresh blood” to gruesome effect. A little more imagination like that could have elevated Hombre Lobo up to sit alongside the best work he’s done. But what we’re left with is a good record by most artists’ standards, but only an average one from Eels.