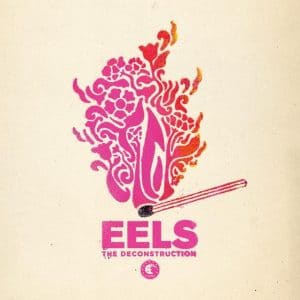 It’s now over 20 years since Eels – essentially the solo project of Mark Oliver Everett (aka E) – first swam into the charts with their simultaneously catchy and unsettling single Novocaine For The Soul, which signalled the start of an early halcyon period of critical and commercial success epitomised by their 1998 magnum opus Electro Shock Blues, still widely considered to be a career peak.

These early records also set the Eels template that they’ve largely stuck with to this day – a distinctive mix of sweet, bubble-gum hooks, skittering electronica and orchestral flourishes providing the backing to starkly personal lyrics that frequently touch on illness, death and depression.

Since 2000’s Daisies Of The Galaxy album, which spawned their last UK chart hit with Mr E’s Beautiful Blues, one could argue that Eels have largely been treading water. Eight subsequent albums have come and gone with limited interest beyond the group’s adoring established fanbase, although 2014’s The Cautionary Tales of Mark Oliver Everett – their highest charting UK album since Daisies – showed their enduring popularity.

The Deconstruction, Eels’ first album in four years, is arguably the LA band’s best in two decades. Recorded with producer Mickey Petralia on board for the first time since Electro Shock Blues and featuring an orchestra and choir, it’s a rich, elegantly crafted work that shows E retains his capacity to charm and challenge the listener in equal measure. Admittedly, Eels don’t do anything markedly different to what they’ve done many times before, but E’s songwriting remains in fine fettle and he still has plenty to say.

Possibly a meditation on Trump’s America, The Deconstruction’s opening title track begins portentously with sweeping, spaghetti-western style strings and the words “The reconstruction shall begin only when there’s nothing left,” but as the album unfolds, it does offer glimpses of hope amid the despair in the form of human relationships. In particular, the achingly pretty Sweet Scorched Earth is a tribute to the resilience of love when all around is failing with its refrain “it’s you and me together/for all that’s worth/as long as we last on this sweet scorched earth.”

Musically, sparse orchestration is the dominant sound here, but more contemporary influences are never far away: take for example the juxtaposition of quasi-classical flutes and choral voices with shuffling beats on Rusty Pipes. There is the customary quota of relatively straightforward fuzz-rockers too – notably the upbeat radio-friendly pop of Today Is The Day and the ’60s garage rocker You Are a Shining Light.

But the prevailing mood is one of introspection, no more so than on the atmospheric closer In Our Cathedral, on which E sings defiantly “we are safe/we are free/always were and will be… there’s a place where your heart can still be open/in our cathedral.”