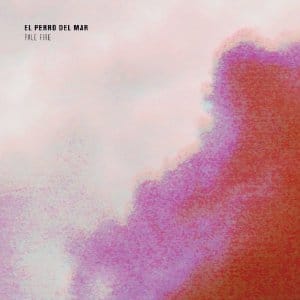 In a recent interview, Swedish songstress Sarah Assbring – who records under the name El Perro Del Mar – mused: “What would happen if I was breaking the standard structure apart and still get the feeling of a pop song?”

It’s an interesting question. Since her 2005 debut LP, Look! It’s El Perro Del Mar, Assbring has been recording her lilting wisp of a voice over everything from sunny guitars and saxophones to rock organs. And, in every case, pop has been her presiding medium: her songs are built from the ground up around their hooks, it seems, their titles often proclaiming their catchy one-liners.

So with her fifth record, Pale Fire, Assbring gives her best effort to answer that question. Unfortunately, she isn’t quite able to – and in this light, Pale Fire is comprised of two kinds of songs: those with both a pop structure and a refreshing pop feel, and those with neither.

The prompt for even asking such a question, as it turns out, comes from what is the most evident shift on Pale Fire: the record is Assbring’s most valiant and committed foray into electronic music. Referencing “old school club and dance music, like Chicago house and acid house” as key inspirations, Assbring attempts to infuse her melancholic, love-centric songwriting with elements of ‘90s house and electronic music.

When she retains a pop structure, these new grooves take off. Spooky pads and fuzzy synth leads drill slowly over a clattering, thumpy beat on To The Beat Of A Dying World: when Assbring, swimming in 808 high hats, repeats the hook “I’ve got to move” with her usual lost hush, she is genuine and hauntingly convincing. Additionally, on the thrilling Hold Off The Dawn, Assbring sets her lofty and repetitive choruses between stretches of ethereal, yawning verse – which, although often overshadowed (if only by the fact that perhaps 80% of the track is chorus), serves to complete a fulfilling pop formula.

But as she begins to move away, things become doubtful. (Assbring herself questioned the project, calling her use of electronic music “quite interesting when you think of me dealing with lyric based songs.”) It’s understandable that Assbring might run into difficulty fusing her sad-eyed indie pop with styles of music often void of lyric entirely. She seems at times caught in an existential crisis: should she commit herself to the role of producer, and treat her pop hooks as samples? Should she cut all ties to traditional pop singing all together?

In Walk On By, for example, she employs the former strategy, opening the track with a mumbly sample of Massive Attack‘s Unfinished Sympathy, and decorating its closing half with a distant, choral wash. On Love Confusion, she toys with the latter, drowning her loose vocal melody in so much reverb that it becomes nearly incomprehensible. These tracks, however, are largely unsuccessful: the apparent electronic influences, as well as the heavy tinges of late-’80s R&B, water down her melodic sensibilities and leave her in Banana Republic soundtrack territory (for comparison, see Jessie Ware‘s exciting debut LP, Devotion). Assbring cannot quite craft engaging dance or house music on its own, so when she abandons the safety of traditional songwriting, her efforts fall flat.

It’s a bit confusing that Assbring has stated that she regards this El Perro Del Mar release as her “first political stand”. Because for someone skilled at making music both accessible and disarming – a talent she displays so seldom on Pale Fire – Assbring has sacrificed the ability to send such a message for the ultimately unrewarding spoils of electronic production. She’s sadly right in her choice of title: the fire’s still there, but it’s a little drained of colour.