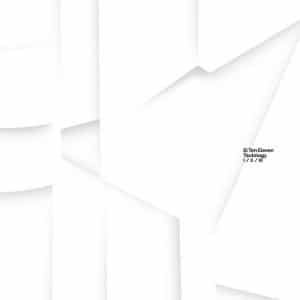 Since May, LA duo El Ten Eleven have been releasing a steady stream of albums under the Tautology name. After a second part dropped in July, the third and final part arrived in September, meaning that it’s now possible to view/hear the Tautology project as a complete whole.

The duo of Kristian Dunn (guitar/bass) and Tim Fogarty (drums) have been together for 17 years and have released eight albums in that time, but none of them has been as ambitious in scope as Tautology. Over the course of the three albums, the duo’s intention has been to commit to music the experience of growing older. Part I being full of piss and vinegar, teenage vim (and depression, according to Dunn), Part II fills out around the gut, ponders its lawn and settles into middle-age, whilst Part III puts the kettle on and wants to tell you about “her next door”.

A project attempting to map out the journey of life could be an intensely dense and potentially depressing affair, particularly when addressing the later chapters. Leyland Kirby’s six hour exploration of dementia Everywhere At The End Of Time under the moniker of The Caretaker for example was a truly harrowing experience. When El Ten Eleven explore later life, it’s considerably more pleasant.

Part I starts out exploring the teenage years and, as might be expected, it’s during this phase of the album the El Ten Eleven are at their most taut and angry. There are occasional forays into slightly more soft focus territory, such as the hazy synth intro to Moral Dynamite, but this is soon swept aside by wiry bass attack and thunderous drumming. It’s this sound that typifies the first part of Tautology. Not exactly head-down, hardcore scree, it’s more considered and grown up that that. For example, opening track Entropy isn’t a white hot blast of punk energy, it’s more brooding and guarded in its intent. El Ten Eleven’s teen years were, on this evidence, spent listening to a lot of post-hardcore.

Part II finds El Ten Eleven in their middle aged spread, content with life post-everything period. That’s pretty well reflected in that the anger evident in some of Part I has dropped away. There are a few different influences bubbling under the surface now, in the shape of Post-Punk (New Order, The Cure) and Post Rock (Explosions In The Sky and 65Dos). There’s also a sense of opening up and space too. Shimmer wouldn’t be out of place on a My Bloody Valentine album, Nocture has Joy Division‘s DNA, and as the second part comes to an end with Growing Shorter, they’ve embraced post-rock, slowing things down, they’re ushering in the final part of Tautology which explores late life.

This section is a far more serene and experimental proposition. Whilst there is some percussion here and there, for the most part, all that invigorating propulsion that drove the first two parts is gone. These are far more impressionistic, soft-focus compositions. They are calm, wondrous and meditative, and far nicer reflections on later life that might have been expected. Even when a heartbeat like pulse cuts through the shimmering drone of Caducity or the gentle guitars of You Are A Piece Of Me, You Are A Piece Of Her, it doesn’t feel ominous or worrying, it simply feels like the band is celebrating the wonder of life. That’s pretty much what Tautology seems to encapsulate from start to finish. It might well be that nobody gets out alive, but it is possible to have a good time whilst we’re here and find some kind of positivity in it all.