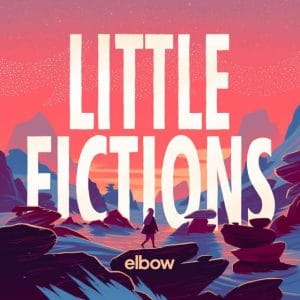 It’s easy to forget that Elbow have been playing together as a band for 25 years. They have never evolved their sound radically but, more importantly, they’ve never started to sound stale. In that time they have released six well received albums, arguably reaching a peak in 2008 with The Seldom Seem Kid (and yes, it’s now been nine years since One Day Like This started was first co-opted by TV as the sound of heartstrings being rent).

Their seventh, Little Fictions, arrives not in the face of great anticipation or suspense, but received by, and in fact instilling, a sense of quiet confidence that they are about as safe a set of hands as any band around at the moment. Until the recent departure of drummer Richard Jupp they have always maintained the same line-up, and that shows in their tightness and their uniformity of mood and style.

The breakthrough of the Mercury Prize-winning The Seldom Seen Kid didn’t change Elbow much, but since then each of their albums has included one or two tracks that seem, a little self-consciously, to be intended as sing-along anthems aimed at fans of One Day Like This. The track that fills that role here is All Disco: soaring guitars, a momentary pause before its first highly melodic chorus, and Guy Garvey’s voice at its most keening, all present and correct. It’s by no means a bad song, but it feels a bit too radio friendly, perhaps a bit Elbow-by-numbers, and there are plenty of subtler and more interesting tracks here.

Head For Supplies is one such track: it too unfolds into a highly melodic chorus, but its understated rhythm section and the breathy, slightly hurried phrasing of Garvey’s phrasing during the verses work wonderfully in an inconspicuous way. Montparnasse is prettier still, its soft, acoustic sensibilities and nostalgic lyrics lifted by the pitter-patter of surprisingly intricate overlaid piano parts: it’s two parts cosiness, one part claustrophobia. There’s more of an open groove in Firebrand & Angel, which benefits from a comparatively minimalist arrangement and lots of space between its drumbeats. K2 does something similar, and with the vocals ghosted by echoes, it sounds as hard and icy as the mountain it refers to.

But the title track is the strongest song here. It rolls along for two and half minutes before reaching its first chorus, but engages the whole time. Its steady yet lively drum part is one reason for this success; the other is the fluency of Garvey’s tightly-packed lyrics, which flow wonderfully across lines and metres, and which remain endearing even when veering towards pretension (“The baffling contretemps that shakes the day unstable,” he sings early on). The chorus is on one level as huge and soaring as any here, but the music slows down to give its emotion space to dissipate, and lyrics like “Life is the original miracle” somehow withstand triteness. Then the glitchy instrumental towards the end, in which urgent synthesised strings whine and creak, is among the most forward-looking things Elbow have done.

Closing track Kinding ends with a fragment of studio conversation. It shows Elbow’s typical modesty: “We got that good, in the middle there.” “Yeah, there’s a few bars that sounded good.” But the most telling remark, as the drums and guitar start to un-mesh: “Hey, you could get a loop out of that.” Could this be a signal of what to expect next from a band who have just parted ways with their drummer after a quarter of a century: the imposition of innovation; loops and drum machines? But for now, Elbow have created another record that comfortably matches up to anything they’ve released to date.