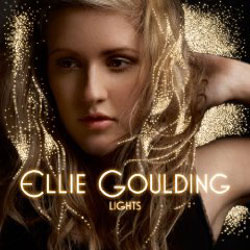 There are, of course, very few new acts who wouldn’t want to swap places with Ellie Goulding. This year’s recipient of the Critics Choice BRIT award, having already claimed top spot on the increasingly influential (and in many ways self-fulfilling) BBC Sound Of… poll, at the time of writing is looking at a Top 5 single and a debut album set to follow it up the charts. But one can’t help but wonder if all this scrutiny of what amounts to a pleasant enough collection of folktronica may turn out to be more hindrance than help.

As with 2009’s BBC Sound Of… winner Little Boots, with Goulding there already appears to be a fairly hefty backlash building, with critics bemoaning Goulding’s apparent lack of star quality and the album’s MOR leanings. And yet Goulding has never claimed to be anything that she’s not. By building her up to be the future of music or 2010’s best new whatever, what’s lost in amongst the cacophony of opinions is the simple fact that Ellie Goulding is a young talent, who writes her own songs and is about to release her debut album. Nothing more, nothing less.

Unfairly or otherwise, Lights will be consumed by many with the weight of expectation hanging heavy around it. For the most part, the strength of the songwriting should keep the doubters at bay, Goulding and producer Starsmith concocting a heady mix of skyscraping choruses, twinkling beats and Goulding’s elastic vocals. Starry Eyed and Wish I’d Stayed shimmer and flutter delicately, whilst the punchy Under The Sheets is as aggressive as it gets. All three songs feature choruses that implant themselves deep in your memory bank. These are the kind of tunes postmen will whistle on their morning rounds.

In fact, approaching Lights in the hope that you’ll discover a brave new talent striking out against the blinkered Radio 1 playlist will prove fruitless. At its most prosaic – Your Biggest Mistake, The Writer – it resembles Dido with a more four-to-the-floor backing. There’s a slightly odd sheen to much of it too, as if impenetrable. There’s a moment on The Writer where Goulding sings, “I try out a smile and I aim it at you”, and her voice swells and cracks and you get a sense of an emotional connection that strips away the gloss coat that’s been applied. It’s a shame it’s so fleeting, because there’s clearly an emotional core to all these songs.

The last track on the album – and the last track that was written and recorded – is Salt Skin, a restless mix of humming bass, popping beats and a processed choir that shows where Goulding and Starsmith were headed before, you imagine, the man from the label asked for the finished product. Tellingly, it’s the most interesting thing here and a neat way of signalling what might follow. Fingers crossed the backlash doesn’t hit too hard and she’s allowed to continue in a similar vein.