Emily Haines & The Soft Skeleton – Choir Of The Mind 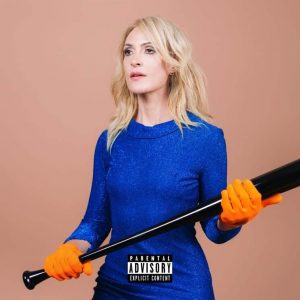 It’s been a decade since we last heard from Emily Haines in her solo guise – not too surprising when you consider that the Metric singer has released three albums with her band since then and, most recently, reunited with Broken Social Scene to contribute to their excellent Hug Of Thunder. Now, with Metric on a break between albums, she’s donned The Soft Skeleton again.

Choir Of The Mind sees Haines revive the introspective, piano-based songs that dominated her solo debut Knives Don’t Have Your Back – whereas Metric often exist in a synth-driven maelstrom, Haines solo is a calmer, often more fragile affair. Most of the tracks on Choir Of The Mind were recorded on a grand piano dating back from 1850, over which Haines multi-tracked her voice and laid some skittery beats down. It’s this mix of the antique and modern that lends the album much of its charm.

Opening track Planets has a lullaby-like quality to it, simply Haines voice and a piano, but the urgency picks up with Fatal Gift. Beginning with the memorable line “Haven’t we made enough for a living wage?”, it slowly unfurls over its six minutes with Haines layering several vocal tracks over one another to create her very own back up choir. It’s a formula that Haines repeats on more than a few occasions, and one that works very well.

There’s a sadness which cloaks the album and refuses to lift, as titles like Nihilist Abyss, RIP and Wounded will attest to. Yet the beauty of most of these songs stop proceedings from becoming too depressing – Nihilist Abyss, in particular, is an absolutely gorgeous piano ballad – despite its rather emo title – and the minimal Strangle All Romance is reminiscent of early Angel Olsen in its lo-fi beauty.

Haines also demonstrates her experimental side on the title track, an epic that lasts for nearly seven minutes, featuring vocal loops, a long spoken word section – reciting the mystical Indian poem Savitri – and even a quick nod to Rihanna‘s Work. It’s one of the less successful songs on the album, simply because it seems rather drawn out, but you can’t fault Haines’ ambition.

Statuette is more successful, built upon a hypnotic piano riff and namechecking an Elliott Smith song (“We built a shrine to fast goodbyes, and we played Sweet Adeline”) while Irish Exit intrigues and amuses (“You’re the guy that always brings the drugs, when nobody wants drugs”). Legend Of The Wild Horse, meanwhile, is possibly the closest thing that the record has to a commercial rock ballad. Featuring Sparklehorse drummer Scott Minor, it ebbs and flows magnificently and features a chorus of “I’ll be your warrior” that’s just begging to be accompanied by a roomful of illuminated mobile phones.

In truth, the only weakness to Choir Of The Mind is its length – at 13 tracks and clocking in at just under an hour, it’s a long time to spend with an album that’s so resolutely downbeat. Yet there’s a lot to admire with Haines’ second solo effort (not least the quality of her production) and it makes a decent calm counterpoint to the swirling storm of Metric. Hopefully we won’t be waiting another ten years for the third installment.