Emma Swift – Blonde On The Tracks 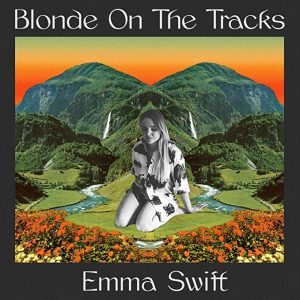 As is becoming de rigueur this year, Emma Swift‘s latest album is, at least in part, fashioned by the global pandemic. However, it’s a more familiar and worldwide problem that created this album. Back in 2017, Swift was going through a depressive phase which formed the basis for Blonde On The Tracks.

In order to give herself a reason to get out of bed every day and do something, anything, creative she turned to the Bob Dylan songbook and set about playing his songs as a way to interpret his particular way of of songwriting and, presumably the feelings she was experiencing. It’s easy to forget that there are other conditions equally as destructive and widespread as COVID-19. If Blonde On The Tracks brings some focus back on to mental health, it will have served its purpose.

Beyond the method and reasons for its creation, Blonde On The Tracks is a wonderfully intriguing album. Dylan might well be worshiped by many, but there’s equally just as many, if not more who are turned off by that voice. More than that, Dylan’s delivery can be layered in sarcasm, biting digs (particularly when he’s writing about former “acquaintances”), and a position of something approaching smugness that comes from knowing you’re smarter and more talented than most. See (for example) that knowing glance at Donovan when delivering the line “crying like a fire in the sun” on the movie Don’t Look Back.

Swift possesses a fine, delicate voice that gives these songs a soft, approachable feel. The most obvious example of this occurs on I Contain Multitudes, the most recent song from Dylan on this collection, having only been released in April. Swift’s version followed a mere month later and her approach gives the song an emotional depth that Dylan simply can’t achieve these days. Over a plucked guitar line, Swift’s vocals are delivered in a way that is so intimate that it feels as if she’s whispering about black moustaches and the ownership of her soul straight into your ear. It’s possibly the most effective song on the album, partly because it’s the newest, meaning that there’s not the familiarity with the original to overcome, but essentially, it’s the perfection of the performance that makes it stand out.

There are always interesting changes in meaning and impact when artists cover songs. So when Swift takes on One Of Us Must Know (Sooner Or Later), Dylan’s song of miscommunication, relationship breakdowns, and ultimately, failure in commitment, a palpable shift occurs. It feels like a reply to Dylan’s somewhat barbed “what did you expect” apology. Lines like “you just happened to be there, that’s all”, “I really did try to get close to you” and “I didn’t realise how young you were” suddenly take on a different spin. This change of narrative perspective has quite an effect on a number on these tracks (if not all), but it is particularly evident in songs where gender is key. So The Man In Me (from 1970’s New Morning) is quite a different song in Swift’s capable hands. You’re A Big Girl Now (from Blood On The Tracks), retains some of the original’s focus, disbelief in a former partner’s success, but also becomes something of a song of self-belief and determination. The subtle, and not so subtle changes in meaning of these songs, is part of the fun of Blonde On The Tracks.

In evidence beyond a solid understanding of Dylan’s back catalogue and a perfect voice and phrasing is Swift’s ambition. It sits at the heart of the album in the shape of the (almost) 12 minute epic Sad Eyed Lady Of The Lowlands. The closing track of Dylan’s Blonde On Blonde is a colossal song and quite an undertaking, but Swift approaches it with grace and style. She floats across the lyrics, keeping things light, hitting the phrases and timing perfectly. It never once drags or feels like a chore to listen to, for she pulls you in and keeps you enthralled for the duration. She does this across the entire album. It could be argued that it’s hard to go wrong when you’ve got source material like Queen Jane Approximately or Simple Twist Of Fate, but Swift’s approach to Dylan’s songs is awash with an assured authority, proving that it really is the singer, not the song, that matters.

More on Emma Swift
Emma Swift – Blonde On The Tracks