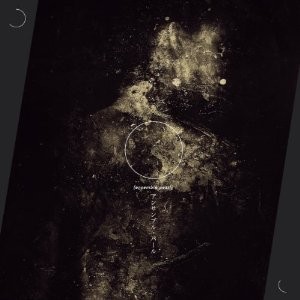 With Earth‘s Dylan Carlson exploring slightly more gentle pastures and hobnobbing with the faeries, it’s perhaps no surprise to find Sunn O)))‘s Stephen O’Malley turning his hand to something equally introspective and on occasion – whisper it – quiet.

Ensemble Pearl is a collective that not only features O’Malley, but also talents from the likes of Ghost (not the zombie cleric ones), Boris, and The Sweet Hereafter in the able bodies of Bill Herzog, Atuso, and Michio Kurihara.

This however is not music for the body as such; there’s something far more elemental and intangible going on during these six songs. Where Sunn O))) has made a habit of pummelling their audience into submission with sheer volume and grinding inevitability, Ensemble Pearl are far less oppressive. It is fair to say however that there are still passages within songs such as Island Epiphany where the collective ably conjures up a sense of anxiety. With booming drums rumbling, and random mechanical clanks seeping up through the mists created by the slow paced guitar expositions, there’s a fair amount of fear lurking at every step.

Of course anyone familiar with the members of this particular group will not be in the least bit surprised to hear that this is an album that deals predominantly in drones, soundscapes, and ever shifting tonal moods. Whilst some may find the drones of Giant akin to being pulled under by a wave of terror, there is in fact a careful balance between light and dark crafted by the subtle use of strings which soar, dive, sparkle and fade whilst the endless hum at the heart of the track aches endlessly. There’s a definite ambiguity in these songs that means that it is possible to find both the beauty and the beast depending upon how they are approached.

The opening shot of Ghost Parade finds Ensemble Pearl at what might be considered their most accessible. A basic guitar pattern lays down the motif over which gongs and various deft atmospheric touches establish a suitably haunted mood. It’s the sudden screaming guitar solo that defines the song however, as it comes hurtling out of the relative hush like a tortured demon. Artful soundscapes be damned, this tumultuous outpouring is pure Rock theatre (as is the gong).

Painting On A Corpse meanwhile successfully exhumes the bloated carcass of Pink Floyd and scribbles the same word on its forehead over and over again until the pen hits bone. That word being ‘repetition’, naturally. Effectively taking a single passage of Pink Floyd and twisting it in sublime fashion, the resultant cacophony manages to amplify the existential dread of Dark Side Of The Moon tenfold; a simultaneously terrifying and hilarious act. This in itself makes Ensemble Pearl well worth checking out.