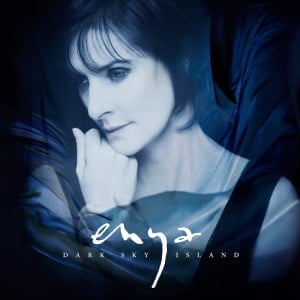 With Kate Bush having performed a slew of live dates in 2014, the title of Most Reclusive Popular Musician must surely be handed to Enya. She has never toured, she rarely gives interviews, lives in a castle in rural Ireland, and, every few years, releases a new album which quietly shifts millions of units.

If only in light of her commitment to one very particular style of music – new age Gaelic folk – Enya bears comparison with AC/DC, another massively successful yet monomaniacal act. Yet Enya’s music is much denser than AC/DC’s bar-room boogie. Her latest album, Dark Sky Island (its title surely the product of some randomly arranged, Enya-themed fridge magnets), is a dependably familiar blend of folk and classical melodies and synthesized backdrops.

And yet Dark Sky Island sounds as fresh as any album released this year. Much of this is due to shift in perspective. In recent years, a number of artists have emerged who sound an awful lot like Enya without necessarily name-checking her as an influence: for example, Julia Holter, Julianna Barwick and Glasser. Dark Sky Island isn’t a change of direction for Enya, but it seems like other, younger musicians are now treading a similar path.

Enya has claimed there’s a hip-hop influence on Dark Sky Island, manifested in “a stronger beat” on some of the tracks. It seems like a ludicrous claim, and indeed there are no detectable breakbeats on any of the album’s 11 tracks. But Dark Sky Island is, in places, much more direct and punchy than previous Enya works. Opener The Humming features one of Enya’s clearest vocal performances to date, delivered over crisp, trilling keyboards and a booming drumbeat. Run The Jewels it’s not but, for an Enya track, it’s borderline heavy. First single Echoes In Rain is similarly insistent, while album highlight Even In The Shadows sounds – in all seriousness – like a cross between Julia Holter and something from Beyoncé’s self-titled 2013 album. It’s fantastic.

The remainder conforms more to type. Which is to say it sounds lovely, but won’t surprise anyone who last encountered Enya circa Ornioco Flow in 1988. So I Could Find My Way, I Could Never Say Goodbye, Santa Maria and Diamonds In The Water are hymnal numbers with beautiful, simple melodies. The Forge Of The Angels is evocative of shadowy figures emerging from dense, Arthurian mists, while The Loxian Gates’ blend of indecipherable vocals and gauzy music could almost pass for Cocteau Twins.

A big part of Enya’s appeal is an apparent imperviousness to the outside world and to the passing of time. Throughout the words favour natural imagery over the material world, and the keyboard settings seem unchanged since time immemorial. Accordingly, those for whom Enya remains a musical taboo are unlikely to be tempted by Dark Sky Island. More open-minded listeners might, however, find themselves surprisingly captivated.