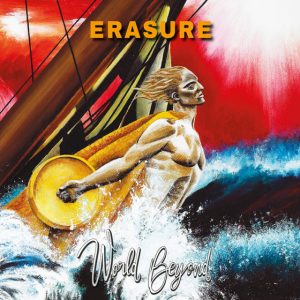 Here’s an oddity: synth-pop duo Erasure have inexplicably decided to release a “classical reworking” of their 2017 album World Be Gone, with help from musicians Echo Collective, which replaces drums and electronic textures with strings and piano.

This places a lot of emphasis on the songwriting – bold for an act that had their biggest success with an EP of Abba covers – and at times it is found wanting. The opening track Oh What A World plods through verses that pay no attention to syllable placing whatsoever (“We’ve become border, line, obsessive compul, sives”), and powerful lyrics are undermined by a monotonous and instantly cloying hook in Still It’s Not Over.

That being said, the incongruity is generally more fascinating than cringeworthy, and tracks like Love You To The Sky and Take Me Out Of Myself suit their new arrangements very well. Songs that in their original form might have been considered catchy adopt a wistful quality in this backdrop (see Just A Little Love), and though the instrumentation does not vary much from song to song – a harp here, a glockenspiel there – Echo Collective do eke out some interesting accompaniment from their unlikely source material.

Andy Bell’s distinctive voice mostly works well with this accompaniment, although every now and then the bare arrangement exposes some pitch correction at work. World Beyond ends up worth a listen if you happen to be someone who likes ’80s synthpop and classical music in equal measure. Whether there’s much here for anyone else is moot.