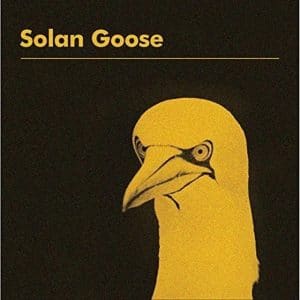 The open skies of Orkney and the compressed, clenched-fist mornings of London commuting might be worlds apart, but Erland Cooper has found a way to link them.

Cooper, an Orcadian himself, already has an impressive back catalogue closely linked to the Scottish archipelago, heading Erland and the Carnival and working as a third of The Magnetic North with Simon Tong and Hannah Peel. Solan Goose is his first fully fledged solo album, a deeply personal work of art celebrating the natural wonders of home and, more explicitly, its avian life.

This fascination with birds is realised through musical profiles of 10 of Orkney’s feathered residents, each with its original Orcadian title. The Solan Goose itself is revealed as a gannet, its striking features adorning the cover. The album is a culmination of sketches Cooper initially wrote to calm his mind during the morning commute to his London studio. They were destined for private use until he revealed them to a friend, who was so affected by the results that he realised the music should take flight and travel further.

From the very first note his thoughts are revealed as music to take the suffering listener away from the busy city and its polluted air to the rarefied conditions of Orkney, from the trudge of foot on pavement to the quiet, weightless exhilaration of taking flight. For the music of Solan Goose glides in slowly orbiting loops, with just a few notes required to get it airborne, then subtly varied repetitions to keep it moving, rather like an albatross. What on first listen might be an inconsequential figure becomes the root of each portrait, the simple melodic cell powering a whole five minutes of evolving music.

In this respect he is deeply influenced by Farewell To Stromness, a short but intensely moving piano piece from one of Orkney’s favourite musical sons, the recently departed composer Sir Peter Maxwell Davies. Like him, Cooper is capable of using the piano to bring stillness to even the most chaotic scene, while evoking the Orkney coastline in vivid form.

Yet on this occasion the birds take centre stage. The title track has a mesmerising beauty, the bird’s calls mingling with mottled piano – Cooper’s own modified instrument – as well as the soprano and Hardanger violin of Charlotte Greenhow, reinforcing Orkney’s strong musical links with Scandinavia. Leo Abrahams lends a hand, too, with tastefully rendered guitar work. These components are sparingly used as part of the musical meditation, allowing the observer or listener room to revel in their surroundings. On the brilliantly named Cattie-face (the Short Eared Owl) Cooper’s piano, the voice and the violin take the same strong melody, while elsewhere they are allowed to drift in each other’s orbit.

Each portrait progresses in stately motion, rising above the spray and the wind, which are both present in the form of carefully crafted field recordings and atmospheric electronics, arriving at natural perches in a way that recalls the best work of Jon Hopkins, and especially his Diamond Mine collaboration with King Creosote, a similarly relaxed but incredibly powerful evocation of Scotland’s raw natural beauty.

Yet Cooper subjects his music to development in a recollection of classical music techniques, building layers of plumage through the likes of Aak, each study carefully coloured but atmospherically dressed by the field recordings. By keeping the portraits instrumental he allows the listener room to roam, to contemplate the North Sea vistas and feel the fresh air, while wondering at the birds that take to it.

Solan Goose, then, is an audio treat. It is a wonderful marriage of music, time and place, while providing deeper insights into the mind of its creator, and his considerable efforts to stay calm at the coal face each morning. This is music with which to soothe the most troubled of minds, reminding us too of the natural beauty existing on each and every street corner, if only we would lift our heads to take it all in.