Esben and The Witch – Older Terrors 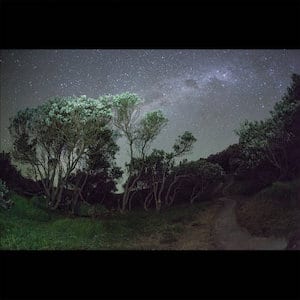 So Esben And The Witch’s treatment of tracks on new album Older Terrors gives it a boost. Because tracks are three minutes things which skip through their existence. Picking buttercups and waving at the sun. But here tracks have triple the duration and stomp onwards. Faces like thunder and the impression they have it on good authority that the sky is soon to fall down.

Actually, calling them tracks is doing them a disservice. They’re more like opuses. Opuses with purpose. Which is handy, as 10-plus minutes in the company of someone who didn’t have an idea of a direction would be somewhat frustrating. While each one writhes, winds and wraps itself into a series of shapes, you are never left in any doubt that the band are in control of the destination.

One thing there isn’t is much variation. It’s not like there’s the lead single and the ballad and the one which you can play over the the replay of some great sporting letdown. There’s a pattern of a slow build into a grand climax into brief pool of calm denouement which is the general theme throughout.

Rinse. Repeat. On The Reverist it finds Davies crying out about “ships on fire” as the beat takes primal simplicity, the chords ring heavy with distortion and it builds to an epic crescendo. On Sylvan, the mantra is “come with me / to the place / where the walls are weak”, while guitarist Thomas Fisher and drummer Daniel Copeman set loose the dogs of hell.

There’s something monumental about it. Something of Swans in the way they harness the brutality of instruments played at the edge of breaking point. The same apocalyptic destination. There’s also a similar use of repetition, looping sections over and over with bulldozing impact.

But it’s not like they can’t still surprise you. On The Wolf’s Sun there’s an point where what was solemn and stately suddenly lurches forward at speed. It’s like a Victorian noblewoman suddenly hitching up her skirts and sprinting for the horizon.

Esben And The Witch MP3s or CDs

Esben And The Witch on Spotify