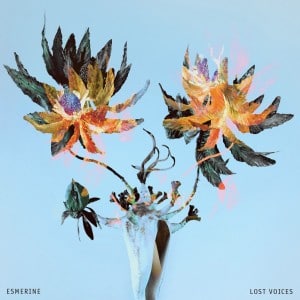 Out of all of the many Godspeed You! Black Emperor splinter projects there’s always been a feeling that Esmerine were the most interesting. Their name may not be as widely known or as A Silver Mt Zion (and their multiple ensuing variations), but their musical journey since their 2003 debut release If Only A Sweet Surrender To The Nights To Come Be True has been a consistently rewarding and occasionally surprising one. Fifth album Lost Voices builds on the strengths of its predecessor Dalmak, and can be seen as the defining Esmerine album to date.

The release of Dalmak in 2013 marked something of a key moment for the band. It saw them move away from the overriding chamber ensemble feel of their early albums to embrace new influences and sounds not really explored on Esmerine records, specifically in their harnessing of electric guitars.

The background to Dalmak and the location where it was recorded can now be viewed as key. The degree to which the band immersed themselves in the musical fabric of Istanbul, incorporating traditional instrumentation and subsuming local musicians, resulted in an album intrinsically linked to the city. At times it felt like it possessed an almost psychogeographical feel and, while Lost Voices doesn’t have anything directly comparable in terms of origin or story, the sense of belonging to a particular place is still very much in evidence (it was recorded back in their home city of Montreal).

For all the independence and points of difference present within the music of Esmerine, the opening track The Neighbourhoods Rise is actually the closest they have ever sounded to Godspeed You! Black Emperor (possibly partly due to the inclusion of Godspeed violinist Sophie Trudeau). The characteristically morose, abandoned violin sounds that lie heavy during the opening eventually give way to explosive guitar peaks. It may be a combination we’ve seen before but it doesn’t make it any less appealing here. A River Runs Through This City continues with purposeful intent, all dark allusions and shaded forms. This opening pair of tracks also highlights another album trait, namely the balance between drawn out tension and immediacy of ideas.

These tracks set the tone of the album quickly yet it is the likes of Pas Trop Pas Tropes and My Mamma Pinned A Rose On Me, with their muted tones and watery, glistening surfaces which are arguably more intriguing. They show a greater capacity for mystery, something that was maybe lacking a little on the last Godspeed album. A Trick Of The Light meanwhile simply retreats into sorrowful reflection.

Yet, it is the moments of volume and dynamic intensity that will probably contribute most towards Lost Voices being viewed as a success. 19/14 is enlivened with a jagged guitar line and sudden shifts in acceleration and Funambule (deus pas de Serein) stakes a claim for being the album’s defining moment – rising from stone-hard beginnings before being unforgivingly engulfed by fire. That they manage to restore calm with a soothing string finale makes the track all the more special.

At times Lost Voices seems to share musical territory with Never Were The Way She Was by Colin Stetson and Sarah Neufeld (and, alongside Skullsplitter by Eric Chenaux, Sun Coming Down by Ought and Nervous by Siskiyou, is a reminder of what another great year the Constellation label is having). Each track here is purposeful and with a clear sense of identity – it all fits together with no disruption or segmentation to deliver an album of depth and undoubted longevity.