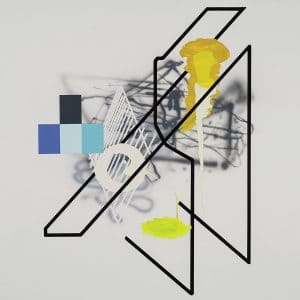 Mechanics Of Dominion, the latest album from Esmerine, and not the worst MOT centre known to humanity, opens with a song entitled The Space In Between. The first few moments suggest that the gap in between is huge, although quite what this space is between is anyone’s guess.

However it’s hard to shake the idea that perhaps the space being referred to is the distance that we are putting between each other and that as a species we are becoming more insular and secluded, on a path that leads only to emotional turmoil. As the composition continues, the piano lines become busier, endlessly cycling and freewheeling in relentless chatter. There’s very little space left between the notes as the song reaches its conclusion, but the sense of isolation remains.

When a band contains members of Godspeed You! Black Emperor and At Silver Mt Zion, as Esmerine does, it’s easy to assume that the music they make is going to be loaded with political statements and ideas. The Space In Between might be about how we’re becoming more lonely and disconnected at a time when technology has made us more connected than at any other time in history, but then it might also just be about the fact that there’s also a fair bit of musical space in the composition itself.

Although Esmerine’s roots can be traced back to post rock, they’re essentially rewriting the classical rule book as they go along. Whilst they can be minimal in their approach their influences are far reaching, there’s elements of baroque, neo-classical, rock, drone, Eastern European folk and plenty more besides jostling for room, sometimes within the space of a single composition. Yet, somehow they can utilise all these influences and still manage to make remarkably sparse music.

La Lucha Es Una Sola is a subtle work, far more subtle than a song whose title means “The Fight Is One” has any right to be. A contemplative work that initially combines delicate tinkling chimes with a plodding bass note, it finally sparks into life at the mid-point as the drums kick in and a triumphant brass section takes over. This sudden jolt of exuberance is short-lived however and the song quickly returns to its sombre plod. Upping the ante somewhat La Pénombre incorporates deftly deployed percussion, coupled with a skittering drum pattern and eastern flavoured strings, it sounds like the inside of Carl Orff’s head as he ambles around a Japanese Ornamental garden.

La Plume Des Armes starts off like the soundtrack to a Turkish version of Steptoe And Son (set in an aquarium for some reason), and develops into an ominous drone and percussive creep that sounds like a fucked clock keeping time over a water torture session. Slightly more serious than a sitcom about a control freak father and his notorious Turkish torture chamber, ¡Que Se Vayan Todos! takes its name from the rallying cry of Argentina’s 2001 uprising. It is the most chaotic piece on the album, as might be expected. A see-sawing attack on violin and an absolute freakout drumming frenzy, the song’s early plaintive sections are soon swallowed up by an aggressive onslaught that finds Esmerine tapping in to jazz and sonic violence in equal measure.

Returning to the Turkish flavour, Mechanics Of Dominion throws in a Greek Wedding for good measure and finds the band channelling their post-rock past more fully than at any other point during the album. It’s fair to say that the album livens up considerably as it progresses, but Northeast Kingdom does put the brakes on as it nears its end. It’s something of a sister piece to The Space In Between in that it utilises single piano notes and examines the nature of time, space and structure, but it’s far more disjointed and bleak, offering dark oscillations and none of that endless upbeat chatter.

The album closes with the grand strings and imposing bass-heavy throb of Piscibus Maris which is really little more than a footnote to the inventive and immersive morass of music that precedes it. Esmerine has once again created an album full of depth, wonder and flights of fancy.