We Were Evergreen – Towards

by Laurence Day
published: 4 May 2014 in Album Reviews
Tweet 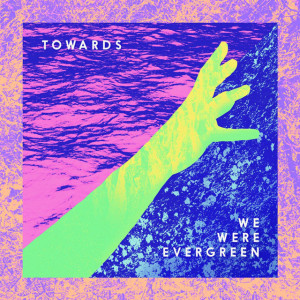 They’ve been known to dabble in the realms of twee, and softly-softly vox against French jazz basslines and toy pianos doesn’t necessarily deny that notion, but they’re not saccharine. We Were Evergreen, like Pomplamoose, are sincere in their sweetness; they’re just dusted with sugar rather than encrusted with an E-number shell. It’s an honest, affable quaintness.

As unavoidably patronising as it’ll sound, they’re nice – really nice – and this translates into their sound. Even on Dormant, which tilts towards darkness and snark, the three-piece ensure they’re about as mean as a marshmallow delivering the daily kittengrams. Primarily, this is done via the dulcet tones of Michael Liot and Fabienne Débarre, ducking and weaving between each other like courting doves, but it’s hard to ignore the effects that a few well-placed xylophones or uke strums as well.

For this debut foray into albumdom, We Were Evergreen have very much embraced synthpop. Their lead gambit, Daughters, thrives on looped ostinatos and swollen bouts of reverb to create a strangely dreamy neo-disco ditty, replete with wah-wah bass wobs and the pitter-patter of shuffling snare. Antlers is electro reggae-pop. Bounding on offbeat rhythms and mellifluous vocal hooks, it’s a light’n’airy doozy with lilting promenade panache. It’s for trotting around cities among dawning sun and verdant riverbanks – perhaps Paris In The Spring? Though the synths are felt (especially on Golden Fire), it’s not that the band are all up in anyone’s face with their Moogs. It is however a noticeable sharpening of the focus, which ultimately lends a weird, retro quasi-steampunk/Amélie with robots feel. Super neat-o.

Quicksand is probably the closest to a ballad that We Were Evergreen nod at. In the percussion, it’s a mechanical menace. There are choral harmonies and a synthline that sounds like a clockwork music box losing it’s wind-up. It’s a gorgeous change of timbre, and proves that We Were Evergreen have more than one trick up their sleeve. Another cut that hints at another side to the band is Best Thing. Doused in banjos and falsetto melodies, it’s a track that verges on glum, but even with the chorus of: “After all, you could’ve been the best thing… you could’ve been the best thing for me,” implying a less-than-successful romantic entanglement, it’s happy. At times like this on the record a sudden wave hits you; Towards is such an inherently peppy affair, that when you’re grooving with glee, you’ll occasionally feel bad for the accidental schadenfreude that occurs when you boogie to their misfortune.

We Were Evergreen’s first full-length has been in the works a long time, but thankfully they’ve not disappointed. It displays a surprising maturity – given their propensity for twee – which allows them to dabble in a variety of genres with guile and experiment with mood swings. Fortunately, all these madcap tangents pay off amazingly, and we’re left with a sublime, varied LP that’s a perfect accompaniment to the impending sun-pecked skies. If you’re looking for this summer’s car journey OST or beach-worthy soundtrack, Towards is the one to go for.

we were evergreen MP3s or CDs

we were evergreen on Spotify