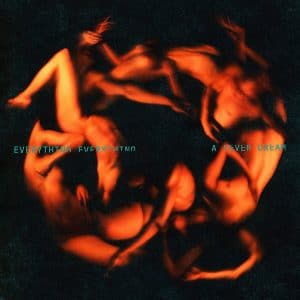 Everything Everything return with Fever Dream, a brave, boundary pushing album which shows many of their peers how things should be done.

The Manchester band released their debut record Man Alive back in 2010 and went on to a  Mercury Prize nomination for 2015’s Get To Heaven, occupy rather a weird place in music’s hierarchy. Jonathan Higgs’ band manage to tie being very experimental, even outré at times, with enjoying a decent degree of commercial success.

At the start of Fever Dream, you do worry they are unwisely looking to conform. Because from opener, Night Of The Long Knives, through to lead single, Desire, there is a fear the record will adhere to the cliché of an indie/alternative band releasing a dance album to show how versatile they can be.

This is something Everything Everything didn’t need to do and, it turns out, it isn’t the case. In contrast to Arcade Fire, who rather fitting given the title of their album, gave us the best of Everything Now before its release, Desire was just a mere snippet of Fever Dream’s depth.

The album, made with producer James Ford of Simian Mobile Disco, builds and builds as the listener follows its narrative. There’s sorrow, despair and bitterness hidden behind Higgs’ sweat angelic vocals. He takes on imbecilic leaders, naming no names, on Big Game. He states “someone is going to tell you, no you can’t,” “I’m tired and you are ridiculous” and “even little children see through you” on the number, which grows from a slow start through to a thrashing crescendo.

There’s similar anger and aggression hidden behind the melancholic melodies and vocals on Good Shot, Good Soldier. At times, Fever Dream feels like a concept album, darting as it does from one sound and genre to another. A prime example is on Run The Numbers, which sounds like something Royal Blood might have considered for recent record How Did We Get So Dark? only, of course, with Everything Everything’s distinctive barbershop sound.

The pacing of the new record develops well, and the title track is a triumph. From the wistful piano keyed opening, accompanied by Higgs bellowing “I hate the neighbours, they hate me too,” we are taken on a journey which sees us stop and settle with a song that wouldn’t have felt out of place at the Hacienda in the thick of Madchester rave culture. Before its conclusion, Higgs and his bandmates take another shot at the UK’s class divide in the unsubtly named Ivory Tower. Those who shop at Waitrose might want to skip past that one.

The album closes with the beautiful and solemn White Whale, which couldn’t be more different to the record’s opening numbers. It is truly saddening but tinged with optimism; you sense Higgs still feels for this broken world of ours.

Through his very recognisable vocals he declares “my mind is on the bad things, you mind is on the good things, these shadows fall on all things but your love, it is the lightening and I need it”. Later the band kick in and chant “never tell me that we can’t go further” which is a likely message to those Everything Everything earlier criticised.

Given that Everything Everything don’t sound like too many bands out there you could forgive them for becoming a little complacent. Instead, four albums in finds them throughout Fever Dream constantly challenging musical and cultural conventions.