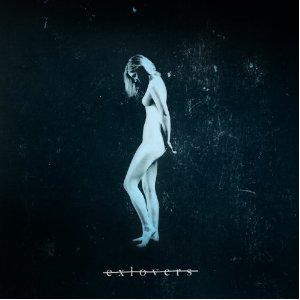 Moths, famously, appear to circle lights, entranced by the warmth and buzz of the bulb. And it’s this straining for the light and the flickering of longing that permeates the debut album by Londoners Exlovers. They even have a single called Starlight Starlight. It’s this song which encapsulates their aesthetic – the breathy, dreamy vocals and swirling shoegazey guitars make for welcome (though familiar) bedfellows with the wistful lyrics about forgotten memories.

As their name implies, the band’s lyrics focus on lost love and contemplative tales of what might have been. The elements they bring together may be familiar – boy-girl vocals, ’90s indie and shoegaze, ethereal ’80s pop, not to mention a smattering of Britpop referencing guitar lines – but there’s a breathy excitement and a warmth and sincerity that draws you in and makes them more than the sum of their references.

They’ve been honing this sound for some time. They formed in 2008, since when they’ve been building quietly and sharpening their soft sound. So songs like Blowing Kisses – a track about the failure to commit to someone with its melancholy lyrics (“I know you’re waiting for someone else”) – are more than a year old.

The band list a range of influences – from Sparklehorse and Belle and Sebastian to Pixies and Blink 182. Often these influences, particularly the latter, aren’t immediately apparent. In terms of contemporaries, Wild Nothing seem a more relevant touch point. Just like that band’s material, these songs evoke a feeling of walking along the beach in the dark, and faded movie projections.

Stand-out track and single This Love Will Lead You On is all rolling drums and yearning chorus. It’s by turns touching and sing-along – downbeat but upbeat, like most of the best songs are. It’s also one of the more high tempo tracks on the album. It’s when the record ebbs and flows that Exlovers are at their most engaging. On first listen it seems surprising that Emily is a single. It starts out sounding rather lacklustre and only really gets going towards the end when it climaxes with Pixies-ish bass line and guitars. The shimmering Unloveable is a stand out. It builds into an epic guitar crescendo that brings to mind the guitar work of Graham Coxon.

The boy-girl vocals of Peter Scott and Laurel Sills are at the centre of what makes most of this album special. There’s nowhere that’s more apparent than on tracks like Starlight Starlight and Just A Silhouette. The latter uses both their vocals to beautiful effect, producing a song that has a lightness of touch together with a touching melancholy as they duet about the streetlights flickering.

Moth is an album built upon chiming guitars and heartfelt melodies and it never strays far from this template. That’s no bad thing when you’ve developed a sound that works so well. So, while I Wish We’d Never Met nearly gets lost in its own attempts to sound like Elliott Smith, this is an album of sincerity and heart. Though it never completely escapes its influences, it’s an enchanting work that you’ll keep coming back to when you want something to keep you warm. Just give in and head towards the light.