by Matt Cotsell
published: 21 May 2021 in Album Reviews
Tweet 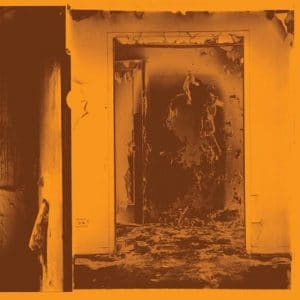 Digging their strychnine contaminated heels in, the latest musical expedition by FACS, their fourth in fact, is racked with yet more of the strangely desiccated, head down, eyes up glaring noise that has been the band’s forte since they emerged, snarling and posturing from the ravaged corpse of bludgeoned indie rockers Disappears. Terse and confrontational in their approach, the swarthy immoral ponderings of these Chicago born provocateurs grow ever more peculiar and cancerous. Jagged, fractured and treacherous, they may have made a name for themselves as motley disbelievers by spasmodically covering David Bowie’s Breaking Glass but as time marches on, they sound like shattered panes and tempered devils.

Brian Case earned his paranoid credentials in the cult groups 90 Day Men and The Ponys before forming his grandest incarnation as part of FACS with former Disappears drummer Noah Leger and his guttural, involuntary contractions plague the tyrannical venerations of first track XOUT. Retching out anorexic lyrical carnage over the songs limply aggrandising melody, the shrivelled crackly configuration hastily immolates in a seething cloud of its own blood, piss and sweat. The dastardly pair are joined once more by bassist Alianna Kalaba, who was employed full time for 2019’s Lifelike, after they heard her working with Cat Power’s Chan Marshall and fuzz rockers Crocodiles.

Soaked in blankets of radiantly odious feedback, Strawberry Cough finds the irritated misanthropic trio injecting psychedelic elements and broke down electronics into their amplified provocations. Heavy and crumbly all at once, the song hits like a double dose of brown acid as you get engrossed in its proximity, realising the walls have begun to tremble and loom round you. Alone Without, the single they did for Adult Swim’s 2020 singles series, gets a reworking next. Illuminated by a grinding storm of illogical menace, Case’s bleak utterances annihilate any fragility you had become accustomed to.

Despite its name General Public isn’t meant for the masses. Its grubby engorged contours make for a queasy atmosphere, where comfort evaporates into apprehension. Part of its ingenious ugliness comes from the band’s insistence on playing new instruments for the record. Using a cut and paste tactic, the band sacrificed convention for something increasingly unpredictable. The almost nursery rhyme quality of How To See In The Dark suggests a softer side for the often vicious thruple as its blameless embellishments hack away some of their token anxieties without succumbing to uncharacteristic or false pleasantries.

For the titular Present Tense, they navigate obliquely treacherous waters and then on the spaciously rupturing final number Mirrored the deafening excursions finally conclude, as it folds inexorably inwards, with Case perversely stipulating “I will make it mean something”. Recorded again at Steve Albini’s Electrical Audio studio in their home town, with the band’s favoured engineer Sanford Parker, Present Tense is yet another unusually powerful invitation to savour a few abominable maledictions by these wicked vagabonds.