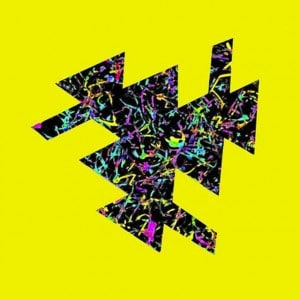 The overriding feature of Factory Floor‘s debut album is restraint. It’s an album which is determined to prove that anticipation can be the best part of any experience. So songs build. And build. And build. Onwards. Upwards. Towards. Heading, you presume, to a climax.

Which strangely, often never quite appears. It forever feels close, without ever getting to an obvious moment where cannons fire, corks pop and choirs burst into renditions of Handel’s Messiah. It’s an ability bordering on tantric. What’s clever is that it never seems to matter – provided you can shake the annoying feeling that Sting might actually have been right about something.

Most of Factory Floor follows a similar methodology. Tracks begin as a skeletal outlines. A single element, usually from Dominic Butler’s banks of electronics, which set out the shape before the other members enter, add something, and twist and distort the original silhouette. It creates some stunning results.

Here Again starts with a simple, insistent synth pattern. Gradually it is joined, first by Gabe Gurnsey’s drums, then by Nik Void’s refracted moans. All quite straightforward, all very minimal. Then, slowly the elements morph and link, and soon you find a heaving, swirling maelstrom in front of you. Then, brilliantly like the players in a jazz triplet, each part melts away individually. Until all that’s left is the same synth pulse with which it opened.

Far more than the tracks they’ve released to date, this is an album that just wants to make you dance. So it is more polished and more pristine than may have been expected and lacking the noisier edges which gave that early material an industrial bent.

Initially, that feels like a shame. But after a while you don’t really miss the grime. You’re too busy admiring the stark clarity of the sound, the astonishing precision with which the songs on the record bury themselves into your consciousness. Be it Work Out, with a kick-drum desperate to burst into Blue Monday by New Order at any given moment, or Breathe In – weirdly reminiscent of an exsanguinated version of Benny Benassi‘s Satisfaction – or the wonderful sleek Fall Back, Factory Floor is also a lot more fun than you might have imagined, without sacrificing any of what made them so exciting and immersive in the first place.

Basically, it’s a fantastic debut. Basically, Factory Floor are one of the most interesting acts around today. Basically, this is the part where cannons fire, corks pop and choirs sing. HALLE. BLOODY. LUJAH.