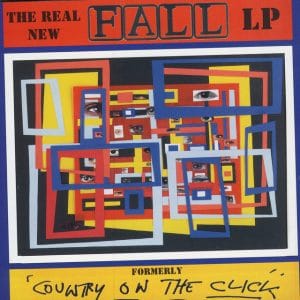 It’s become very clear to me over the years that it’s absolutely impossible to be indifferent towards The Fall. I’ve never encountered anyone who when asked, “Do you like The Fall?” answers with a shrug of the shoulders saying, “Ah, they’re OK I suppose. I can take ’em or leave ’em.”

So if you are one of those who utterly despise every last second of the months of output contained in The Fall’s 647 albums, presumably you haven’t even read this far. In case you’re still here, off you go, or as Mark E Smith would say, “Why don’t you just bog off-ah?”

The rest of you are either as hopelessly besotted with the band as me, or you are uninitiated Fall virgins. So this review is split into two handy sections according to your status:

1) I Am Kurious, Oranj (for the Fall virgins)
As John Peel has noted, there’s no other band like the Fall. After 25 years, and despite countless new line-ups, they are still perhaps the archetypal punk band. Whilst their underground peers have mellowed, the Fall, courtesy of enigmatic front man Mark E Smith, remain utterly uncompromising.

When I say, “Punk,” don’t be misled. Over the years The Fall have touched on a vast variety of musical styles – garage, krautrock, rockabilly, blues, techno, jungle, even reggae. It’s their non-musical approach – one where ideas are the key and accomplished masturbatory instrumentation is banished – where the true punk ethic comes in. Nothing typifies this approach more than the spoken, cackled, shouted, whispered or barked lyrics of Mr Smith, the punk-poet figure of gruff Manc charisma around which the music swirls in thrilling, basic repetition.

The Real New Fall LP (Formerly Country On The Click) is as good a place as any to start. In fact, I’d say it’s one of the most accessible Fall albums of all. All the key elements of a classic Fall record are present and correct. Mark E Smith rants in inspired form on subjects ranging from Dolly Parton, the countryside and Chelsea FC to bad conversation, mortgage applications and Lord Byron. Every tune is full to the brim with pop (yes, pop!) hooks, without losing that vital uncompromising edge. Friendly production, a feature not present on all of their albums, certainly helps bind things together superbly. Far from becoming stale, the music bristles with the fresh authority of a bunch of young upstarts.

You won’t hear another album like this in 2003. I recommend it without hesitation.

2) He Is Not Appreciated (for existing Fall fans)
As ever, it’s the best Fall album since the one before last. You know what to do.