Faten Kanaan – A Mythology Of Circles 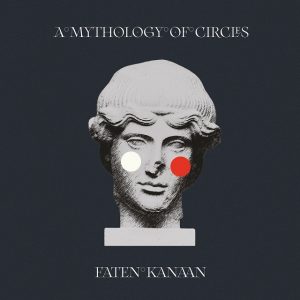 Perhaps then, in opposition to that solidity she may have sought levity in John Kennedy Toole’s comic novel A Confederacy Of Dunces, in which a titular antihero calls out “Oh Fortuna, blind heedless goddess, I am strapped to your wheel. Do not crush me beneath your spokes. Raise me on high, divinity”. Scheduled to be released in the week that Joe Biden claims victory in the contentious US presidential election, this masterful collection should carry the Brooklyn based minimalist composer to new audiences.

The record was engineered, produced and mixed by Kanaan while Heba Kadry, the technical genius whose skills have elevated releases this year by The Soft Pink Truth, Eartheater, Nicolas Jaar and Rafael Anton Irisarri, mastered it. The record is split into two acts, the first documenting ‘dusk to evening’ and the second inferring an ‘underworld/dream state’. These 13 predominantly instrumental sonnets slowly reveal themselves through ambient repetitions, imitating lunar rotations (the vinyl release even comes with a handy moon phase chart offering an escape from the relentless onslaught of a 24 hour news cycle built on the here and now, to a more historic circadian breathing pattern).

Album opener Patagonia Motet 1; Lago rotates on a celestial axis of layered harmonics that announce the first act’s intentions. A form of renaissance polyphony, a motet is intended to be a sound made with such nuance as to only be appreciated by those who are highly educated. Kanaan is throwing a gauntlet down for listeners, a complicated (her)story for them to unpack and respond to. The following track The Archer, perhaps named for the bestial Sagittarius, sets the continuing tone as a confluence of quasi medieval chords assemble and disperse. Named for the deity who sparkled at the edge of sunsets, on Hesperides we find Kanaan shifting from migratory ambience to phasing duplications that recall Philip Glass at his most disciplined. Birds Of Myrrh, with its fluttering of digital adornments, recalls the impish serenity to be found in birdsong.

An awareness of astrology would reveal that Sagittarius is seen as a wise but mutable spirit, uniting the heavens and earth, and part of the reproductive cycle. Those lucky enough to be born under this sign are said to be possessed by the gift of foresight, blessed with being prophets and seers. The rest of the album finds Kanaan continuing on as planetary wanderer, invoking the divine feminine as she navigates electronically from the reaches of space to the bowels of the earth. A tide of inquisitive yet saturnine melancholy may sift through the record; it’s worth remembering though that Saturn’s moon is called Janus. Named after the Roman god with two faces whose multifaceted features adorned coins of numerous ancient empires, Janus, according to the allegories, could see forward and back through history. This is an astonishing work, one that highlights Kanaan’s remarkable worldview, that you’ll unconsciously find yourself gravitating back to, time and time again.