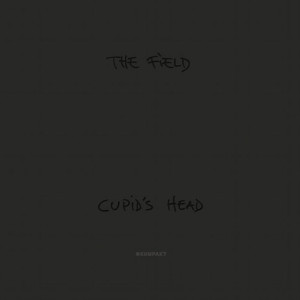 The Field‘s Axel Willner has suggested that the six mostly very long pieces on Cupid’s Head emerged from an inspirational drought that only ended when he created the loop that eventually became No. No… here. Anyone unfamiliar with the nuances behind Willner’s sometimes foreboding music might be forgiven for missing this supposedly radical change of direction, but the disembodied vocal samples and drifting, melancholy pacing do represent something of a shift for The Field.

Cupid’s Head, as a body of work, feels gentler and more reflective than Willner’s previous three albums, but somewhat introspective and moody at the same time. It sits right at that boundary between curious fantasy and nightmare, and the ‘no, no’ refrain implies distress and resistance set against the lush synth textures.

From the outset, Cupid’s Head sets out its stall as The Field’s most uncompromising and extreme work thus far. 20 Seconds Of Affection evolves almost imperceptibly over its nine minutes – and even by Willner’s standards it is pulverising and relentless. It is almost as if the music leaves the sound system and buries itself deep within the listener’s brain. There’s a somewhat calculated austerity at work here too, rigorous and detached, yet beneath the rather brutal, omniscient fuzz is a discreet and heartening warmth that keeps rising to the surface, though it never quite breaks through.

In many ways, Willner works best over a long form piece. Cupid’s Head is hardly designed for immediate, cursory consumption but instead makes thorough and purposeful demands of its audience. Yet Willner is more than prepared to reward any investment of faith and time. The album’s centrepiece, Black Sea, balances out the endless waves of repetition with a self contained suite that seems to journey through a surprisingly wide range of moods and feelings. It begins with eerie voices and discomforting, stuttering tones before eventually blooming into something of real vitality.

In fact, whilst much of Cupid’s Head is unwaveringly dark, it rarely feels enervated or emotionless, regardless of the precision inherent in Willner’s looping methods. This is why this hypnotic, compelling music has worked so consistently well over time. With every new release, from 2007’s From Here We Go Sublime on at roughly two-year intervals, Willner makes a small but not insignificant change in the way in which he presents his repetitive, circular motifs. If Cupid’s Head’s predecessors aimed at something transcendent or nostalgic, this album is doused in a pervasive realism. The occasional deployment of distortion maybe hints at a lingering anger or resentment, whilst the presence of detached, ghostly human voices shows Willner is a master controller of his music’s constituent elements.