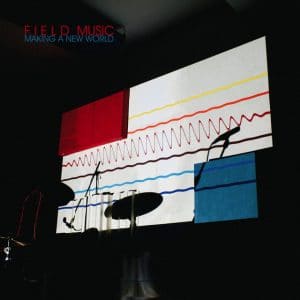 Over the last 15 years David and Peter Brewis have proved themselves one of the most consistently inventive and creative duos operating in music. It may be a bold claim but there’s ample supporting evidence across their six albums released under the Field Music name to back it up (not to mention the multiple side projects they’ve involved themselves in over the years).

Two of these side projects defined 2019 for the brothers – Peter releasing the debut You Tell Me album with Sarah Hayes of Admiral Fallow and David following it up with his Donald Trump-baiting School Of Language release, 45. Both were successful progressions on from Field Music’s 2018’s career-high Open Here album and latest album Making A New World sees them continue to break new ground while maintaining their overriding musical aesthetic.

It’s a typically ambitious piece of work, a concept album about the after-effects and some of the unintended consequences of the First World War. The background of the album can be traced back to when they played shows at the Imperial War Museum at the start of 2019 based around the concept of ‘sound ranging’ (a technical process which creates visual representations of gunfire during war). These images resulted in the Brewis brothers seeking out stories that linked back to the moment when the war ended, or in the words of the album title, when a new world was made.

As you’d expect with Field Music they don’t opt for the obvious paths of enquiry. There’s no overt mentions of warfare or military experiences for example. Instead they dig deep into history to unearth hidden narratives. One is found in A Change Of Heir which recounts the story of Dr Harrold Gillies, a surgeon whose work on post-war skin grafts eventually led to the first cases of gender reassignment surgery (“the mind will fit the body, the body will fit the mind”). It’s admirably niche stuff.

It was originally thought that Making A New World could end up as an instrumental album and signs of this remain in the shorter interludes. Yet, despite these occasional moments of divergence and experimentation, fans will be pleased to hear that the album is still peppered with quintessential Field Music bangers. Best Kept Garden is all sharp musical punctuation, Do You Read Me has a fine line in propulsive, resolute melody and the musically joyful Money Is A Memory shows why even Prince was a fan. Elsewhere, guitars curve and jump, drums leap and pivot and vocal harmonies disperse themselves elegantly and engagingly. It all forms interlocking musical blocks which when placed together still somehow seem to outline jagged, modernist architectural landscapes.

Only In A Man’s World excels both lyrically and musically, addressing how a particular bandage used during the war eventually became the material used for the first commercially available sanitary towels produced in the 1920s by American company Kimberley Clark. “Things would be different if the boys bled too” sings David Brewis signalling their broader progressive values over a boisterous funk backdrop that positions them closer to Talking Heads than ever before. It’s one of many moments that prove that Field Music are on a seemingly never-ending run of form, generating fresh ideas at will and delivering them in accomplished fashion.