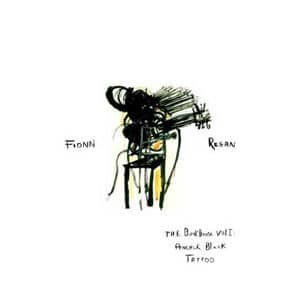 Fionn Regan’s debut album The End Of History was nominated for a Mercury Award in 2007. Unfortunately it was up against the likes of Amy Winehouse and the eventual award winners, the Klaxons, so may not have got the full recognition it deserved.

However, Regan’s more successful Mercury competition did not fully overshadow his own work. The singer-songwriter first appeared on the folk scene in 2002 and had been building up a loyal fan base ever since. Some of the singer’s most notable followers include Bon Iver’s Justin Vernon and Country music veteran Lucinda Williams (who went as far as hailing him as this generation’s answer to Bob Dylan). Other listeners would compare Regan’s music to Nick Drake’s, with his clever use of warm strings and gentle acoustic melodies. As well as having a solid fan base, Fionn Regan has also had his music feature on television. His track Dogwood Blossom recently featured on the finale of This Is England ’88, which introduced many people to his music.

Less than 18 months after the release of his last album, 100 Days Of Sycamore, Fionn Regan offers his fans a more stripped down and musically bare record with The Bunkhouse Vol I: Anchor Black Tattoo. However, this is no bad thing. This time around, Regan has ditched the string section in favour of just a four track recorder, a guitar and his own voice, yielding a surprisingly satisfying product.

Although this minimal set up meant that The Bunkhouse could be recorded quickly, Regan’s abridged approach to making the album has not affected the quality of the tracks. Their simplicity really brings out Regan’s incredible songwriting ability, lyrically as well as musically.

The beautifully melancholy 67 Blackout is the perfect example of Regan’s lyrical prowess. The lyrics tells the dark story of a murder whilst the music maintains a warm vibe, making it one of the standouts on the album. Lyrical sample: “Put the knife under the flame, you won’t feel any pain, all this tea cloth in your mouth, 67 blackout.”

Containing only 25 minutes of music, this record could definitely use one or two more songs. If all the tracks on the record were on par with 67 Blackout and the peaceful Midnight Ferry Crossing, there would be no need for extra material. Unfortunately, some of the tracks fall flat of the rest of the album’s high standards, including the overly brief and cheerful title track, which sounds out of place here.

Regan called The Bunkhouse an Irish Punk record. The Bray-born singer makes this point very clear by referencing his homeland in many of the songs here. The Wicklow village of Enniskerry and the Sugarloaf Mountain are among the Irish landmarks which get honourable mentions. A famous 345 mile walk is even referenced in the solemn-sounding highlight Mizen to Malin. Regan finishes the track abruptly with the haunting lyrics “Ireland, close your eyes”.

The ones who make it complicated never get congratulated. This album shows that simple can indeed be effective. Regan simultaneously covers a lot of topical ground whilst using a finite number of musical resources. Regan claimed that his reason for this DIY direction is that “once you stop doing that and tailor-make your music to fit, you’re not really an artist anymore”. Music lovers can definitely raise a toast to that.