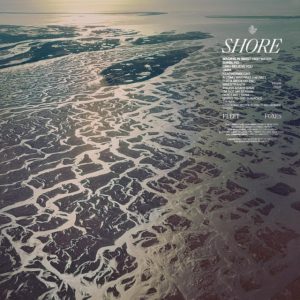 The last we heard from Fleet Foxes was back in 2017 on their spacious and ambitious Crack-Up album. With multi-episodic songs and an interconnected, mature and opaque feel in places it marked a change from the relative light and musical innocence of their first two albums.

In his accompanying ‘artistic statement’ to the surprise release of fourth album Shore (timed to coincide with the autumnal equinox), Robin Pecknold delved into the background to the album, sounding genuinely surprised and thankful, firstly that it came into existence at all and secondly, that it had been shared so quickly after its creation (Pecknold only finished writing the album in June and recording was completed in August).

Longstanding collaborator Beatriz Artola seems to have been more instrumental than ever both in contributing to and helping Pecknold produce the album (parts were written and recorded in Portugal, France, Los Angeles and New York). As the pandemic started to take hold at the same time as the album developed, Pecknold realised he wanted to make an album “that celebrated life in the face of death”.

It’s immediately apparent that Shore occupies a different space to its predecessor. On the whole it sounds more foregrounded and melodic, with fuller and more consonant arrangements. An enjoyable prime Fleetwood Mac-like sheen saturates much of the album and there’s positivity, happiness and effusiveness within the songs that is hugely welcome.

The first sign that this album will offer something different comes with the unexpected appearance of a female voice, that of relatively unknown singer Uwade Akhere, on opening track Wading In Waist-High Water. It has a mildly repositioning effect but also introduces the supremely comfortable, relaxed feel that permeates the album. It flows into Sunblind, in which Pecknold movingly pays tribute to other musicians who have passed away (Judee Sill, Elliott Smith, Arthur Russell, David Berman and Richard Swift all feature, among others).

Tracks like Can I Believe You show how Pecknold’s voice still carries powerful clarity of expression and communication of emotion. Musically it’s the biggest he’s sounded, like flying over jagged mountain peaks while taking in the scenic views. Jara further showcases his unrestrained joy of singing, also being one of many tracks here to have a breezy, exploratory pace to it. These early stages make Shore feel like an album about being in love, both generally and specifically with music. In his notes Pecknold writes how we might not need music to live but he can’t imagine life without it, and this album is his moving attestation.

Within the high fidelity there are some understated moments. Featherweight has a gentle, hazily autumnal Grizzly Bear feel (not a surprise, given Daniel Rossen’s presence elsewhere on the album) and For A Week Or Two bears the closest resemblance to old Fleet Foxes with its languid Beach Boys harmonies. Maestranza meanwhile is arguably the most soaring track of an album that boasts several fully in-flight, high altitude moments and is followed by the liberated, sunny disposition sound of Young Man’s Game.

The second half of the album sees more in the way of quieter, softer-focus songs. I’m Not My Season has a poignant tenderness, Quiet Air/Giola possesses some inviting piano mini-diversions and Thymia recalls the wistful, rural impressionism of The Trials Of Van Occupanther-era Midlake. This stretch of subtlety is broken by the energetic, whirlwind arrangements of Cradling Mother, Cradling Woman with propulsive Philip Glass-like motifs abounding amid the building momentum (it also features a sample of Brian Wilson’s voice from The Beach Boys’ Pet Sounds sessions, an additional nod from Pecknold to one of his musical heroes).

Pecknold commented how he “didn’t want to leave any gas in the tank” when releasing this album and it rings resoundingly true. He may have experienced self-doubt and uncertainty in the past but the songs here suggest he’s taking steps to move beyond this. Shore is a glorious, life-affirming collection of songs, a move to the centreground that shows his absorbing of musical influences is paying rich dividends. It has ‘future classic’ written all over it.