Flo Morrissey – Tomorrow Will Be Beautiful 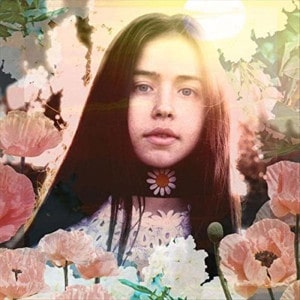 No this isn’t some long-lost sister of the be-quiffed bona drag Morrissey, but something else entirely. Flo Morrissey‘s debut, a mere two years after proferring a shonky home vid of her swimming underwater set to her self-penned If You Can’t Love This All Goes Away, was enough to pique the interest of Glassnote Records and to usher forth Tomorrow Will Be Beautiful, which although being somewhat watery and opaque folk, does contain depths well beyond the kids’ pool.

Much has been made of her tender years – 20 of them – but while ‘youth may be wasted on the young’ it also isn’t a badge of honour to be waved around unless it is something to celebrate. Perhaps comparisons are begging to be made with that other gifted jeune fille Kate Bush, who was courted and allowed to develop as an artist before committing songs for recording. Flo also chose to skip university to concentrate on her music, and the time has been well spent in creating this rich (at times too rich) ambitious record that hints at gimlet-eyed determination rather than wispy pushover.

So what then of Tomorrow Will Be Beautiful? Produced by Noah Georgeson (Devendra Banhart, Joanna Newsom, Cate Le Bon) and Philippe Zdar (Phoenix), is it mournful cynical record-company packaged pastoral moping or something more hardy than perennial gossamer-folk? The good news is that Flo shares the same doleful tones as Sharon Van Etten, Joanna Newsom, Karen Dalton and Vashti Bunyan and on debut Pages Of Gold sets out her vintage brocaded stall for all to see. Military drum rolls peak into a gush of a chorus that throws harps and strings out to comfort a disenchanted Flo. Looking for a day without anxiety, it is an assured calling card that sets the tone for what follows.

So what fare does she tout? Parsley? Sage? Rosemary or thyme? Her slightly plummy, cut crystal voice does lend an air of apologist ‘posho’ having a bit of a ‘first-world problems’ vent (“I can’t be a part of this villainy”); albeit over pretty pianos and strings instead of something so common or raucous as an electric guitar.

Flo appears to have unlocked her vocal box and with a child-like wonder; she’s keen to try everything in it, all at once, and as often as possible, usually within the same song (see Wildflower). But it’s for these moments when she takes her foot off the ‘impress’ pedal that glimpses of herself seep through the similarities. As on the sublime Woman Of Secret Gold, with its gentle brush of drums that teases the audience with images of “sitting on a throne” and dispensing with clues “for now that is all you need to be told”.

It would be churlish to dismiss Flo as another Lana Del Rey (with whom she shares a vocal tone and a general ennui with the world) drunkenly reading her teenage poetry about how life is essentially awful, and like, ‘no-one has ever felt like this before and yes, mama, Sugarlump behaved despicably in the gymkhana. I’m so ashamed’. She doesn’t have or need to have the wealth of experiences to express so beautifully her desires, dreams and the crushing gap between these and reality.

The humourously titled I Only Like His Hat Not Him sadly isn’t the expected ‘chucklefest’ but appears to be a pretty pointed languorous put-down of a potential beau, before the confession that she is ‘too scared to love again’. The cascading piano on Why circles the singer, echoing the uncertainty as her vocals swoop and dart around the scales trying to escape, but forever tethered to the reality of not being with the one she wants. To close the album, the title track chimes like a fairground winding down on the upbeat air of melancholia; a passing phase, but one which at times is necessary and cathartic to get to better times. Much like this debut.

Later this year she will be gracing suitably empathic festivals at Somersault in North Devon and End Of The Road in Dorset, where her soothing tones will no doubt be a balm in such bucolic settings.

More on Flo morrissey
Flo Morrissey – Tomorrow Will Be Beautiful