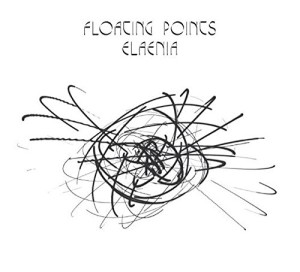 Floating Points is the trading name of Sam Shepherd, a 29-year-old Londoner who’s recently completed a PhD in neuroscience and epigenetics (and not the musicOMH writer of the same name). In between his academic studies, Shepherd has formed and co-run a label, Eglo, and has released a succession of white label singles and an EP. In November of this year, he finally released his debut full-length, Elaenia.

Shepherd may have been a regular at London’s much-missed club Plastic People, but his music shares as much in common with Spirit Of Eden-era Talk Talk as it does with, say, Four Tet. Elaenia comprises seven long tracks that range from near-silent tranqulity to clattering noisiness. It’s expertly sequenced, so that the journey from drumless, burbling opener’s Nespole to closer Peroration Six’s raging post-rock feels entirely intuitive.

Elaenia is an almost-entirely instrumental affair. Shepherd takes charge of a plethora of keyboards that twinkle and float like his musical endeavour’s name. He’s supported by crack drummers Leo Taylor (whose CV includes Adele’s Rolling In The Deep) and Matthew Herbert collaborator Tom Skinner and bassist Susumu Makai, best known as the dance producer Zongamin.

The album is home to three of the finest pieces of music released in 2015. Silhouettes (I, II and III), as the title suggests, comprises three movements, yet these fuse together seamlessly. The first is a limber, jazzy passage that resembles the soundtrack work of Lalo Schifrin; the second introduces a string section, while the third ushers in some beatific choral voices (the only voices heard on the album).

The album closes with For Marmish, a track of such twinkling, becalming beauty that it could easily fit into a Café Del Mar compilation (no faint praise intended) and Peroration Six, a marvellous number that combines droning shoegazing guitars with skittering drums, creating something akin to a collaboration between My Bloody Valentine and Flying Lotus. Nestled between these three highlights are the title track and Argenté – two formless tracks that nonetheless set up the closing brace perfectly.

Until the release of this album, Shepherd’s output might have proved hard to follow for the casual listener, comprising as it did sundry white label releases, one-offs and remixes. Fortunately, Elaenia acts as a brilliant encapsulation of a huge talent.