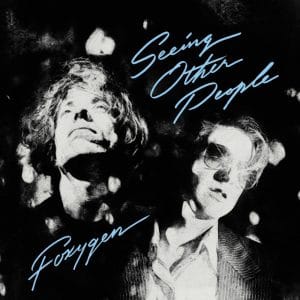 Growing up in public does strange things to a psyche. Once you have experienced glowing adulation and the trappings of fame, the quest for substance to fill the void inside becomes overwhelming. Some turn to religion, murky types opt for chemical oblivion or other excesses and some just get on with it; Foxygen chose option two, but are still here to tell the tales.

Jonathan Rado and Sam France were both 15 when they began with the folk space odyssey of Jurassic Exxplosion Philippic, a joyously naïve reach of ambition over ability, not without its charms. Take The Kids Off Broadway saw them expand their lo-fi acid peppiness to be compared (favourably) to other retro-hipsters MGMT and Ariel Pink. We Are The 21st Century Ambassadors Of Peace & Magic fully embraced their garage-band version of The Rolling Stones meets Velvet Underground in their most fully realised set of songs. By contrast …And Star Power felt self-indulgent and thin. To complete the circle, 2017’s Hang saw them sincerely pastiche ’70s pomp.

The art of falling apart is audible, as over time they took on as many as nine extra musicians, backing singers and dancers to create something theatrical teetering on the brink of self-parody and set about performing increasingly unhinged shows.

Now the dystopic duo return with yet another ‘final album’, but this time the only thing ending is the putting away of their childish things (namely ‘lifestyle choices’) to produce their first adult contemporary work. In displaying their new-found maturity, Seeing Other People sees Foxygen accepting a move on from toxic relationships to the realisation “we should just be friends” in the closing Conclusion.

In so doing they have produced a polished pop-funk album which takes a wry look at Foxygen living out every rock ‘n’ roll cliché in a year. Multi-instrumentalist and producer Jonathan Rado takes the heavily processed production, swooning backing vocals and sound effects zooming through the mix studio sounds of the ’80s and tethers it all to Sam France’s jaded, yet impassioned vocals.

Sliding between twin emotional poles of bruised and buoyant makes Seeing Other People feel like a compressed folly, but stick with it. In their aping of an era of excess and emotional vacuity, as a metaphor for their own excesses, they have created an album of aloof detachment that fits their description of ‘sad-boy-plastic-soul’. Seeing Other People could be alternatively titled as Sam France’s forthcoming memoir ‘Sam Francisco: Confessions Of An Indie Rock Star’.

Musically they get their funk on. Face The Facts combines a disco strut with warped vocals, while elsewhere they punch the air like Bruce Springsteen via synthesisers on The Thing Is, over-emote like Fleetwod Mac to the max on News and lounge it up on the title track. There’s time too for staring moodily in monochrome like Athena prints amidst Livin’ A Lie’s fame-hungry narcissism.

Seeing Other People initially appears slick and self-obsessed, very nearly to a fault. But scratch below the surface and there’s tongue-in-cheek humour: Face The Facts’ “never gonna be black or dance like James Brown“, or Work’s wry bemoaning of inequality of the workload. Humour is splattered all over the retro production too, using overly-processed sounds to deconstruct the pomposity or accentuate the heartbreak hiding in those synth breaks.