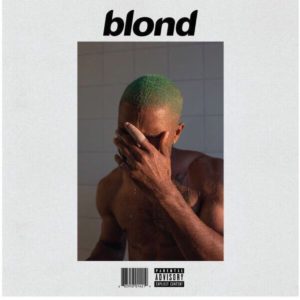 When you think about it, four years isn’t that long a period between albums. Brian Wilson, after all, took nearly 40 years to complete Smile, Guns N’ Roses‘ Chinese Democracy became a long-standing joke ages before the album’s eventual release 15 years after its predecessor, and only last month The Avalanches eventually brought their 16 year hiatus to a close with their album Wildflower.

Yet four years has seemed like an eternity to everyone desperate for a follow-up to Channel Orange, a fact Frank Ocean himself poked fun at in a Tumblr post by thanking everyone “who never let me forget I had to finish. Which is basically every one of ya’ll”. The pre-release activity for Blonde has only stoked up the hype – whether it be a seemingly live stream of Ocean cutting up pieces of wood, or the surprise release of an entirely new ‘visual album’ called Endless – completing his contractual obligations to former label DefJam – or even an apparently last minute title change from Boys Don’t Cry, it seemed for a while that this album was just an figment of a particularly excitable Twitter storm.

Eventually though, late on a Saturday night, Ocean’s ‘official’ new album was finally released and it’s as mystifying and contrary a beast as you’d expect. There are no real hooks to be found on Blonde (styled Blond on the accompanying packshot), the entire hour-long affair being as languid and introspective as Channel Orange. The first track, Nikes, sees Ocean’s gorgeously soulful vocals wilfully distorted out of all recognition, while the ‘big-name’ guest stars (none other than Beyoncé and Kendrick Lamar) have cameos so understated that you’d be hard-pressed to recognise them at all on the first few listens.

However, if Blonde lacks the pop sensibility that Channel Orange had in spades, it also has a weird, shimmering beauty all of its own. It’s an album packed full of ideas and surprises – one minute there’s a tribute to Trayvon Martin, the Florida teenager fatally shot by his neighbour (“that nigga look just like me” as opening track Nikes puts it), the next minute Frank’s mum is popping up in a charming answerphone message warning him not to take drugs, and then later on there are incredibly subtle musical and lyrical homages to The Beatles and Elliott Smith. Anyone who’s never heard of Frank Ocean and are curious because of the hype is likely to be somewhat baffled.

If you allow yourself to take the time to submerge yourself in Blonde though (and, for that matter, Endless which makes for a suitably avant-garde companion), you’re likely to be seduced by its charms. It’s the sort of album where your favourite track can change on subsequent listens: one day it may be the sparse, lilting swing of Ivy, the next day you may be sobbing along to the beautiful ballad White Ferrari. Then again, you may prefer the lush grooves of Pink + White (featuring that almost imperceptible Beyoncé vocal) or the druggy haze of Nights. It’s that sort of record.

Even the shorter ‘skits’ on the album sound heartfelt. French producer SebastiAn pops up with a little story about how a girl he was dating dumped him because he wouldn’t add her on Facebook, and in little over a minute says so much about the modern age’s obsession with communication and virtual friendship. Andre 3000 comes close to stealing the show on a blistering rap on a short reprise of Solo, while a cover of Stevie Wonder‘s version of The Carpenters‘ Close To You manages to sound utterly devastating in its brief 85 second running time.

It’s that sense of emotional restlessness that leaves the deepest impression when listening to Blonde. The last third of the album is particularly affecting, with the sumptuous White Ferrari giving way to the confessional Seigfried – a song that swipes the entire chorus of Elliott Smith’s A Fond Farewell and addresses such issues as social isolation, ideas of masculinity and mediations on mortality. And if that’s not heavy enough, it’s followed up by Godspeed, a gorgeous ode to an unrequited lover that becomes almost unbearably moving.

It’s just about impossible to live up to the hype that an album like this has been subjected to, but Ocean comes pretty close. Blonde is often a bit of a sprawling mess, but with some patience it becomes one of the most rewarding albums you’ll hear all year. All good things come to those who wait, as the saying goes – and the wait here has certainly been worth it.