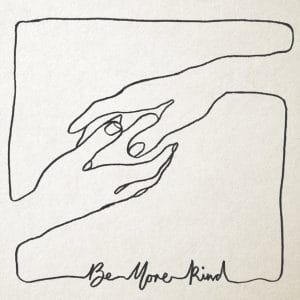 The message at the heart of Frank Turner’s seventh solo record Be More Kind is a simple one on the face of it – and is spelled out by its title. It’s inspired by a poem by Clive James, called Leçons de Ténèbres, which reads: “I should have been more kind. It is my fate. To find this out, but find it out too late.” The idea that kindness is the thing that counts most at the very end – surviving a human life – certainly seems more poignant today than ever before.

In an age where politics seems more fraught and divisive than ever, where people shout each other down over social media, traits such as compassion and decency often appear to have been abandoned. Yet, while Be More Kind reiterates the importance of empathy towards your fellow man, Turner’s latest album also addresses the complex issues and right-wing ideologies in his most politically-charged effort in a long time.

The first track to be leaked, 1933, even warns to “be suspicious of simple answers” as it provides a perfect introduction to Be More Kind. “If I was one of the greatest generation I’d be pissed/ I’d be screaming at my grandkids that we already did this,” sings Turner over an uncomplicated punk pop hook. The title references the year the Nazis took power in Germany, as he yells: “The first time it was a tragedy/ the second time it’s a farce.”

His frustration with the state of things is evident (“We still have a shower of bastards leading the charge”) and the parallels he draws between 1933 and the major political events of 2016 are explored further on Make America Great Again. Using Donald Trump’s slogan from his election campaign, Turner takes aim at the American President’s toxic rhetoric, singing: “Let’s make America great again/ by making racists ashamed again.”

Once again, the hook is jagged and punchy before the anthemic chorus soars with its rousing message. Turner’s fascination with history and his caution against treading a similar path is traced throughout the record, yet there is also a reminder that there should be respect for differing opinions, which is laid out on the delicate, folky title track as he pleads: “In a world that’s decided that it’s going to lose its mind, be more kind my friend.”

It’s a difficult balancing act to suggest everyone takes a step back to reflect on how they put their point across while also pushing his own political message, but Turner largely manages to walk the tightrope. Little Changes touches on the album’s central themes over a perky, uplifting melody, as does the more low-key Common Ground, while opener Don’t Worry provides reassurance and positivity with its drawn out, hand-clapped beat.

Turner doesn’t just move into new territory lyrically on Be More Kind, though, teaming up with producers Austin Jenkins and Joshua Block (formerly of White Denim) and Florence And The Machine collaborator Charlie Hugall to expand his sonic boundaries. The results are most obvious on Blackout, which combines a hint of electro-pop with a traditional rock sound to create what the former Million Dead singer has referred to as a “dancey vibe”.

But those who have followed Turner throughout his solo career will still recognise many of the traits they have come to love about his music on Be More Kind. It’s by no means flawless, with tracks such as Going Nowhere and There She Is too earnest for their own good, while his political comments are not hugely controversial – which is hardly surprising considering he was burned for his views on socialism back in 2012. Despite this, however, the record is refreshingly honest and delivers a timeless message with passion and plenty of anthemic hooks. What more could you want from a Frank Turner record?