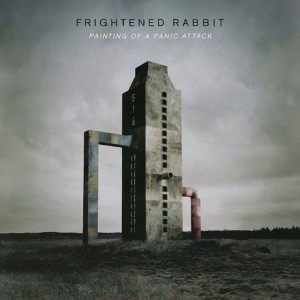 Three years have passed since Scottish indie rockers Frightened Rabbit released their critically acclaimed major label debut, Pedestrian Verse. The record was their fourth studio LP and was the culmination of years of hard work, which had seen them grow from what was originally Scott Hutchison’s solo project into a fully fledged band. This progression was matched by the songwriting as they achieved the scale they had long been searching for.

After touring the album relentlessly, the band understandably took a step back and re-evaluated. This resulted in several interesting developments, including the departure of Gordon Skene over “differing opinions” with the other four members and the creation of Owl John – a solo project formed by Hutchison in 2014 alongside Frightened Rabbit bandmate Andy Monaghan and touring guitarist Simon Liddell.

Liddell subsequently become a permanent addition to the band and it was not long before they were back in the recording studio laying down the foundations for their fifth album, Painting Of A Panic Attack. Yet while the change in personnel was negotiated with relative ease, it also signalled a new chapter for Frightened Rabbit. This was only emphasised by their decision to bring The National’s Aaron Dessner on board as producer.

The announcement of Dessner’s involvement was further confirmation of the five-piece’s intent to move their sound in a new direction and his influence is telling from the off. Death Dream, which was also the lead single, is a striking opening statement, with Hutchison’s familiar emotive delivery combining beautifully with the understated piano melody and sprawling strings as he sings repeatedly: “You died in his sleep last night.”

While the lyrics are as visceral and dark as you would expect from Frightened Rabbit’s frontman, the most noticeable aspect of the track is how content the band are to stay in second and third gear throughout. There is no real lift off, something that is also true of Little Drum, which is predominantly based around a repetitive industrial beat and a swarming melody that wraps itself around Hutchison’s wrought vocals.

In fact, wherever you look, the melancholic atmosphere of The National is not far away and it provides the perfect accompaniment to the themes of the record. Painting Of A Panic Attack finds Hutchison in turmoil once again as he addresses his 2014 move to Los Angeles and his feelings of detachment and unease. Take I Woke Up Hurting, for example, where he sings: “I woke up hurting/ though I can’t quite say why.”

Still Want To Be Here, with its slightly more stripped back composition, is a more obvious chronicling of his love/hate relationship with LA, while An Otherwise Disappointing Life is strangely uplifting considering its title (“I have a long list of tepid disappointments/ it doesn’t mention you”). This contrast between light and dark, happiness and sadness plays a central role in the record, with Hutchison comparing the emotions to those experienced at a memorial.

There is certainly the same sense of comfort and loneliness on Painting Of A Panic Attack that comes from visiting a memorial or monuments (which was considered as an album title). I Wish I Sober is full of self-loathing, but it also packs a sonic punch, while both Get Out and Blood Under The Bridge contain positive messages of resurgence and recovery. Break also treads a similar path, as Frightened Rabbit begin to flex their rock muscles towards the back end of record.

All of the reflection and emotion that goes before eventually culminates in the fine closing pair of Lump Street and Die Like A Rich Boy. The latter, in particular, is evidence of just how captivating Frightened Rabbit can be when they are reduced to just a simple acoustic guitar. It is a poignant conclusion to what often feels like a cathartic record; one that will take you on a wonderful rollercoaster of emotional highs and lows.