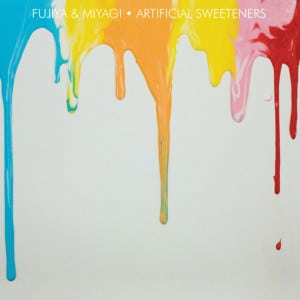 It’s been over three years now since Fujiya & Miyagi’s last long player Ventriloquizzing intrigued listeners with its tongue-twister of a name and also slight detour from the norm. A different feel was sought, and subsequently brought, to their fourth studio effort upon the introduction of a live drummer – Lee Adams – along with a respected producer in Thom Monahan.

Three years is, coincidentally, also the length of time that the Brighton outfit took to release a single track after forming in the late ‘90s. But thankfully this time there’s nine of them as the gestation period is now considerably quicker.

The band have built up a considerable cult following in both their native UK and across the pond in the US over the course of the last 15 or so years, with Transparent Things from 2006 still widely acknowledged as containing some of their greatest tracks. Ankle Injuries from that collection was the cream of the crop and an excellent starting point for newcomers, also boasting one of the most originally fascinating videos to ever accompany a song (courtesy of director Wade Shotter).

Opening track Flaws has also been released prior to the album, and it’s more pacey, upbeat techno dance music this time built around an acid beat and simple, catchy riff; it’s also a lengthier cut, exceeding five minutes, but most tracks settle under the five minute mark ensuring that these artificial sweeteners are easily digested. Continuing the acidic links, Acid To My Alkaline could belong to the early ‘80s, a minimal disco guitar line meanders throughout more synth minimalism, “you are the kink in my Venetian blind” being a prime example of vocalist and lyricist David Best’s penchant for filling up songs with interesting words/phrases.

Another instrumental Rayleigh Scattering then appears as more familiar krautrock leanings surface, its motorik beat providing the basis for an intricately weaving electronic melody and futuristic synths to create an eerie, spacey atmosphere. The title track takes up the gauntlet next, an unexciting and repetitive intro providing somewhat of a curveball as the track then builds into a catchy synth-pop delight.

Vagaries Of Fashion bubbles up into a slower, doomy sounding brew with chaotic synth touches; Best acknowledges that his hushed vocals aren’t the greatest asset of the band and it’s clear there’s a slight struggle going on here – but it’s still another decent cut. Closing the album, A Sea Ringed With Visions blends together the electronic elements with an up tempo beat in the style of one of their main influences – Can – before simple yet highly effective electric guitar provides a further sheen.

One dimensional vocals that often sound as if they’re being softly breathed into your ear while you’re trying to sleep won’t be to everyone’s taste, and maybe that’s why Fujiya & Miyagi have achieved cult status rather than mainstream success. But there’s little else to nitpick about this latest collection; just like artificial sweeteners, it’s a simple but dangerous addiction.