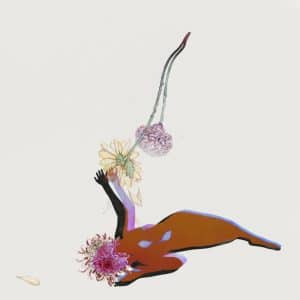 So much has been made of Samuel T Herring’s fantastically theatrical performance during a 2014 appearance on the American CBS programme The Late Show With David Letterman, that it remains the first thing that pops into your head about Future Islands. Drawing hilarity at first with his crazy moves, the laughing gradually subsided until you appreciated Seasons (Waiting On You) for what it was – a damn good synth-pop song with a distinct nod to the early ‘80s.

It is less heralded, however, that a similar performance on Later…With Jools Holland contributed just as much to the band’s huge leap in popularity, Herring bringing his inimitable style to a UK audience first hand. In fact, subsequent views of each performance on YouTube show similar statistics of 1.8m and 1.7m respectively.

Now studio album number five is upon us, the first since the deceivingly entitled Singles, also from 2014. Proving that Seasons was no fluke, the LP contained numerous golden pop moments that proved that you don’t need to change too much once you’ve hit on a winning formula, its instant accessibility being a major asset.

Going for broke straight from the off, The Far Field kicks off with three of its best tunes. Firstly, Aladdin weaves a catchy beat, simple synth melody and bouncing bass to create a track brimming with confidence and appeal before arguably the best song on the album – Time On Her Side – takes over. A twanging Peter Hook-like tone booms from William Cashion’s bassline to complement the electronic percussion and lyrical ode to a woman, combining well enough to be considered one of their greatest moments.

Last of the triple salvo is lead single Ran, where a chord sequence that James would be no strangers to is underpinned by Cashion’s bass as it melodically moves from one chord to the next as Herring tells of losing control, the soaring chorus being accompanied by rapid electronic drumming assembled by Gerrit Welmers, whose vital programming skills combat the band’s absence of a drummer.

Elsewhere, Day Glow Fire opens like a post-punk Siouxsie & The Banshees staple before moving into synth-pop territory, the driving bass once again providing the solid backbone as Herring celebrates the splendour of Colorado experienced during a short-term relationship that fizzled out, seeing him pack his bags and leave.

Strong relationship references are everywhere, in fact, covering both good and bad. North Star sees a calypso beat atop a heart-warming declaration that nothing can keep him from his lover’s door, including “freezing rain”, “hurricanes” and “falling planes”. Second single Cave then marries shimmering synths with a familiar beat driven by another dextrous bassline as Herring tells of giving up hope – “I don’t believe anymore”.

Through The Roses belts out more prominent bass whilst lyrics hopefully clutch at pulling through, Herring’s familiar note-sliding vocals proving to be such a unique and powerful tool. Athlete-like bleeps then accompany Beauty Of The Road as the bass twangs along, but the song is somewhat subdued in comparison. Shadows – a duet with everyone’s favourite post-punk pin-up girl, Blondie’s Debbie Harry – fairs better on a song that’s been kicking about since 2013 while the band sought out a suitable female vocalist, Harry being approached after both band’s producer John Congleton’s suggestion.

Whilst Candles brings a detour into an uncharacteristically slow tempo, instead of providing some welcome relief from the onslaught of the never changing beat and tempo of the rest of the album, it strangely has you yearning for its end and a return to what they do best with the core of the record.

Over the course of the twelve songs on The Far Field, it’s true to say that there is very little variation at all really: it’s as close a sequel to Singles as its fans could probably hope for. Even if the variations are so few that it often sounds as if the same backing track has been employed over and over, it doesn’t seem to matter. As they’ve taken so long to get where they are, let them enjoy what they do most, and that is to create an album ram-packed full of top-notch melodic synth-pop – a triumph from start to finish.