Future Sound Of London – The Isness 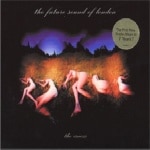 If you are, or ever have been, a fan of’electronica’, then it’s pretty likely that you own arecord by Future Sound Of London. Their 1992album, Accelerator, bridged the gap betweenbreakbeat hardcore and techno, and spawned thetimeless classic, Papua New Guinea – remixed andre-released countless times.

The totally ambientLifeforms followed, taking in otherworldly texturesand digitally processed classical music. Their lastrelease, the post-apocalyptic, pre-millennial DeadCities, was less successful despite yielding a top 40hit with the harsh electro of We Have Explosive.

With The Isness, FSOL (recording undertheir Amorphous Androgynous alias) have takenyet another unpredictable turn, this time looking backto ’60s psychedelia, incorporating such influences asThe Beatles, David Bowie and ELO.But it seems as though this isn’t going to find themmany fans in today’s dance climate, which, at present,doesn’t go back further than 1980.

The album is veryorganic, Gary Cobain (one half of FSOL)acquiring a newfound love of the acoustic guitar andwriting “meaninglessly significant gobbledegooklyrics”. The record could be perceived as a’chill-out’ album but it doesn’t really work that way.Nowadays ‘ambient’ means Royksopp, Zero7 and Ibizan “blissed out moods”, not wailingwomen, sitars and nose flutes.

First track The Lovers is pure old-schoolFSOL. Featuring a familiar breakbeat, it soundslike a more relaxed moment from Dead Cities. The artof songwriting is explored on Mellow Hippo DiscoShow and Divinity, the former alluding to Lucy InThe Sky With Diamonds with its processed vocals.Elysian Feels is the most psychedelic song here,featuring an organ solo straight out of Light MyFire and spacious, reverberated guitar.

However, it’s not all acoustic psychedelia andIndian ragas, there are some moments of innovativeelectronic music here too, the sampled andreconstructed music box on Go Tell It To The TreesEgghead, which sounds more like Aphex Twinthan The Doors and the DJ Shadow onheroin of Meadows being prime examples.

The emotional, filmatic strings of Her Tongue IsLike A Jellyfish are a real treat, but just like thedigitally processed version of Pachabell’s Cannon onLifeforms, at only 30 seconds it’s over way too soonand only hints at their strong composing skills. Itmakes the five minute long High Tide On A Sea Of Fleshseem like an unforgivable waste of time andeffort.

There are some extremely interesting aspects tothis album, and if you can grasp the fact that it’ssupposed to be an organic album with world-musicinfluences, then it’s quite passable. But to me itsounds more than too often too much like the Tee-Peefield at Glastonbury.

Future Sound Of London on Spotify