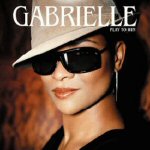 The former soul diva goes country on this, her fourth studio album in 11 years. It’s certainly an older and perhaps wiser Gabrielle, and many of the songs touch on the many traumatic events that have afflicted her over the past few years.

Not only was her former lover, and the father of her child, found guilty of a particularly gruesome murder, she and her mother recently acquired custody of her brother’s daughters. Gabrielle has been reticent to discuss this, but admits that the song Latchkey Kid on this album was influenced by her nieces. It’s an especially fine song too, obviously written straight from the heart, but it’s not alone: Fallen Angel, new single Stay The Same and the inspirational title track all display a new resolve and determination to put the past behind her.

Opening track Ten Years Time is strongly reminiscent of Tracy Chapman (remember her?), and there’s some lovely country-style guitar on No Big Deal, that suggests Gabrielle may have been listening to Emmylou Harris‘s Wrecking Ball album – an unusual influence for someone whose early career was carved out in the area of soulful pop.

The breadth of the musical vocabulary on show here, coupled with the very personal nature of the album (Gabrielle co-wrote all the tracks on the album) and simple arrangements make for an engaging, mature work that neatly straddles the twin, and increasingly conflicting demands, of the pop and more adult-orientated markets. In other words there are enough tunes to keep the teenagers happy and sufficient lyrical interest, and musical references, to satisfy the Mojo/Word readers.

If anything, the second half of the album, which displays most overtly Gabrielle’s recently-discovered country influences, is the strongest section of Play To Win, covering territory occupied by the likes of Shania Twain and Lucinda Williams.

Picking Up The Pieces is another song that clearly means much to its singer, expressing a desire to start over again, to move on. The more electronic setting may be a throwback to earlier albums, but the lyrics are clearly the product of someone whose life threatened to spin out of control but who is, above all else, a survivor. Closing track Tumbling Down takes up a similar theme, providing a hopeful conclusion to an album that is, by turns, courageous, affecting and, in a strange way, inspirational.