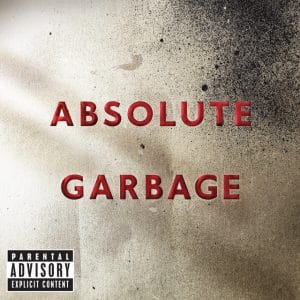 After what feels like a long period of inactivity it seems the immediate future for Garbage is resolved. This best of marks their first release for two years, yet by reawakening interest in the band it looks like promoting singer Shirley Manson’s solo career at the same time, with a first album reportedly in the offing, rather than announcing a return to collaborative efforts.

It’s a deserved retrospective, and serves a reminder of how, in the mid 1990s, the band had album buyers eating out of the palms of their hands.

The surly, sultry vocals of their frontwoman went hand in hand with the strong guitar tracks created by Butch Vig, Steve Marker and Duke Erikson, and their versatility and penchant for a groove is confirmed in a second CD of remixes from the likes of Timo Maas, Massive Attack and the Fun Lovin’ Criminals.

The first tracks hit hardest – the snake-like groove of Queer, the sulky Only Happy When It Rains and the inspired comedown track that is Milk. All grade A pop moments these, backed up with a strong supporting cast of the power pop trio Push It, Special and When I Grow Up.

The momentum inevitably begins to flag after these heavyweights, though the catchy Cherry Lips (Go Baby Go) indicates a shift in lyrical content. Having been “riding high upon a deep depression” in Only Happy When It Rains, Manson can now exhort “go baby go go, yeah we’re right behind you”. No matter what the double meaning might be, the musical sentiments tell a different story, and they may provide an indication of why the band felt they had run their course for now.

The obligatory new material is present, persuading the fans to loosen their purse strings. Tell Me Where It Hurts is perhaps not vintage Garbage but is far from incidental. And in case you’d forgotten, Garbage also penned and executed a Bond theme. The World Is Not Enough was a pretty good example too, Manson’s attitude ideal for the job.

In all honesty the best way to get to know Garbage is through their albums, which demonstrate their strength in depth. In particular the self-titled debut and Version 2.0 withstand a heavy hammering on any stereo. As does the greatest hits – for an initial adrenalin rush it does a great job, but can induce dangerous levels of misty-eyed ’90s nostalgia. Keep the Garbage frequency clear though – Shirley Manson and co may not be finished yet.