Garbage – Not Your Kind Of People

by Michael Wilton
published: 14 May 2012 in Album Reviews
Tweet 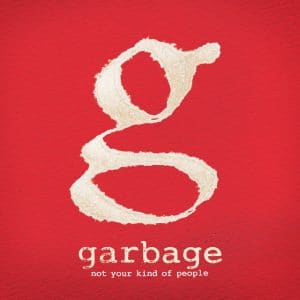 Seven years is a long time between drinks, and many were the predictions that the band would never make it back to the bar for another round, but Garbage has finally unleashed their fifth album, Not Your Kind Of People.

For 18 months in the mid 1990s, Garbage was one of the most exciting bands on the planet. Masterfully fusing elements of pop, rock and remnants of grunge into songs that literally jumped out of their skin, Garbage injected life and authenticity back into the music industry, still reeling from the untimely death of its saviour Kurt Cobain. Not only was one of its founding members, Butch Vig, the producer of Nirvana’s Nevermind, but singer/songwriter Shirley Manson was at once both fragile and frightening, a potent mix that made her one of the most fascinating frontwomen of the decade.

Following two brilliantly executed records came a poorly judged, forgettable James Bond theme, The World Is Not Enough, and after a relentless schedule of touring the globe and answering the same questions in different hotel rooms, the band starting sounding – and looking – tired. Worse still, the band’s four members were growing tired of each other. Fighting for relevance in a musical landscape that was becoming increasingly dominated by hip hop moguls and insipid pop starlets, subsequent Garbage releases – 2001’s Beautiful Garbage and 2005’s Bleed Like Me – seemed uptight, confusing and stale.

Towards the end of 2005, the band was imploding, and it was little surprise to those around them that Garbage abruptly ended their commitments to each other and to their fans mid-tour. Although Manson traded on her image as a tough, independent supervixen, she later claimed that being the only woman in a male-dominated band was one of the loneliest, most frustrating experiences she’s had to endure.

So what has prompted a return to such a toxic environment? Apparently Garbage has some unfinished business to redress, and right from the beginning of Not Your Kind Of People it sounds like the band has rediscovered its harmony amongst the distortion of crunchy guitars.

The opening track Automatic Systematic Habit is busy, noisy and disorienting, and Garbage are surely making a statement. They sound unified and focused, and as Manson spits out “I won’t be your dirty little secret”, it’s also clear that their secret weapon has lost none of her trademark vitriol.

Manson is still acutely aware of her powers of seduction, and amongst the signature Garbage stop-start hooks in Battle In Me, Manson lures the object of her affection away from a drunken party: “Let’s make out, I won’t tell your girlfriend, See how it feels, With the passion burning, We’ll be damned, When we’re done.”

The album is, as a whole, frantic, jittery and crunchy, and on tracks like Blood For Poppies and Man On A Wire Garbage are, to an extent, employing exactly the same devices that made their material so fresh and often innovative almost two decades ago. While some of the studio tricks are a little too familiar, the band is clearly re-invigorated and, unlike like the last fractured Garbage offering, the result is a cohesive collection of sharp, aggressive songs.

However, with no frills and no surprises, does Not Your Kind of People really warrant such a comeback? Don’t the first couple of Garbage albums serve exactly the same purpose as this one? Manson has recently stated that Garbage is no longer trying to impress critics by pretending to be something that they’re not. The band only – and honourably – has one thing on its mind. This album is literally a love song to the band’s existing rabid fanbase, and this is no more apparent than on the languid, melodic Beloved Freak, where Manson reassures the devotees she calls her Darklings, “You’re not alone…” It’s possibly not only a message to her fans, but also a message to herself.