by Ben Hogwood
published: 17 May 2010 in Album Reviews
Tweet 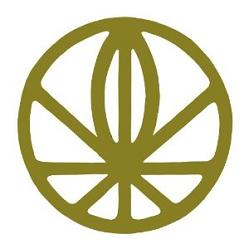 At first glance, Gayngs seems like a misspelt new venture, and Relayted a particularly poor pun on the name. Yet when you hear the story behind this extraordinary musical collective, all fits in to place.

Initially the project took on the form of a glorified noodle fest in Ryan Olson’s bedroom, with Zack Coulter and Adam Hurlburt of Solid Gold drafted in to make music with spaced out keyboards, in the form of an extended homage to 10cc‘s I’m Not In Love. It sounds like a potentially hideous project in association with Magic FM, but by its end the CD had snowballed into a project involving no fewer than 25 musicians, many drawn from the Jagjaguwar label.

The whole album ticks along at a very stately 69 bpm, so if you’re in a hurry to go somewhere, you need to get off the bus immediately. Some of the music takes on a distinctly surreal air, with the cover of Godley & Creme‘s Cry in particular sounding like a slowed down Tears For Fears song as it slowly proceeds – yet the effect is magical, akin to leaping over a waterfall in slow motion.

This is helped by Coulter’s vocal, a rich but weightless instrument that seems to get more profound the slower it gets. And if you think there’s more than a hint of Bon Iver about it you’d be right, with Justin Vernon’s falsetto gracing the upper background, topped off with a gorgeously reflective saxophone solo from Michael Lewis.

This is ambience in which to indulge, though occasionally the structure of the songs becomes ragged, as if a little bit too much late night medication has been taken on board. That doesn’t spoil any of the songs, but it just makes them that bit weirder, and the listener is likely to find themselves in the middle of refracted asides at the local jazz club, or taking in an R&B style that can at times lose much of the R.

What makes up for the occasional genre lapse or strange musical departure is the clear and unforced emotion behind these tracks. The extraordinary Cry aside, Crystal Rope uses R&B to transmit its lightly funky story, while Spanish Platinum plays a barely concealed homage to Pink Floyd as it shuffles forward. The Last Prom On Earth risks the death of the whole album by getting Coulter and Hurlburt involved in rap, but emerges the other side with credibility firmly intact.

Saved from becoming an homage to ’80s multilayered vocals and a soft rock void, Relayted is actually something rather special – and comes with a cast iron guarantee that you won’t hear anything quite like this again in 2010. Listen to it twice, and you’ll fall under its spell for a long, long time.

MP3: Gayngs – The Gaudy Side Of Town