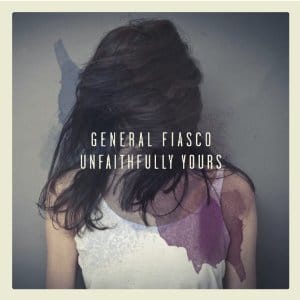 General Fiasco formed in 2007, as Stephen Leacock and Owen Strathern left their previous band, The Tides, to follow a more pop-rock path. Recruiting Strathern’s brother, Enda, on guitar and backing vocals and Shane Davey on drums. Davey later left for America and Leacock temporarily filled in on drums, before taking them up full time. In 2010, Stuart Bell would join the band on guitar, thus completing the current line-up.

Their first full-length studio album, Buildings, was released in March 2010 on Infectious Records to mixed reviews, but was a solid first effort, boasting punchy pop-rock numbers that were catchy as they were that little bit different. With strong singles such as We Are The Foolish, Ever So Shy and I’m Not Made Of Eyes, as well as the popular track Sinking Ships, the album showcased the band as a promising new sound in the pop-rock genre. A promise which also led to a supporting slot with fellow countrymen and rock mammoths Snow Patrol, in front of 45,000 people.

Second album Unfaithfully Yours is a very natural follow-up to Buildings. The sound has matured, whilst at its core sticking to the pop-rock sound Strathern and Leacock wanted. Tracks where this ethos is most apparent are the strongest and catchiest – Closer, latest single Bad Habits and the penultimate track on the album Temper Temper. Owen Strathern’s vocals and Enda and Stuart’s guitars are pure pop-rock and pop-punk here, and at their best reminiscent of You Me At Six or All Time Low.

The album incorporates more indie-rock tones to some of the tracks, a move which both improves some songs and ruins others. Strathern’s tone can become whining, a bit too much like he’s making an effort to sound a certain way, when he is at his best using his voice to produce a fuller, rockier tone. The weakest track, where this quality is very evident is This Is Living. It’s the ubiquitous slow song incorporated by almost all pop-rock bands, but it lacks depth and never picks up from its dull beginnings.

On other tracks the band are pleasantly reminiscent of contemporaries The Joy Formidable, particularly on Temper Temper and Bad Habits. Here, super-catchy guitar riffs and syncopated drums are overlaid by Strathern’s yearning, rebellious lyrics. The punchy rock from Buildings isn’t lost but there is a new element of something a little less pop that takes the song to a new level and improves on previous singles such as We Are The Foolish.

Some might have expected something more from a second album, a grander progression of sound and style perhaps. General Fiasco, however, have hit on a formula that works well for them and it is this they need to tweak, because they come very close to perfecting it here on Unfaithfully Yours.