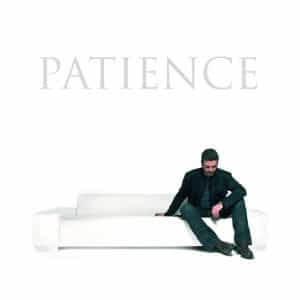 Who made up the rule that an artist had to keep recording new material if he didn’t want to be forgotten? Quantity doesn’t mean quality, a formula that George Michael has perfectly understood right from the start. Oh, and he’s had some memorable mentions in the tabloids to keep the public’s interest intact.

The former one-half of Wham! – the “boy band” who proved to the rest of the world (especially their neighbourhood in Bushey, just north of London) that they were Young Guns who had what it took to shake the world – is back with his latest (and “last”) album, Patience, released through Sony, his former and not-so-former record label that he unsuccessfully sued in 1993.

We said “last”. He’ll still continue to record – calm down – but the songs will be released only on the internet, available for download where fans can also choose to contribute to one of his favourite charities. To paraphrase him, he doesn’t need the public’s money any more.

But he does need the musical medium to release his emotions and opinions. And, like his last couple of albums, Patience gets a bit much sometimes, even though we have to recognise his artistry. Patience reads like an autobiography. George is still torturing us with another set of complex arty ballads, a genre he excels in as much as the (too) funky tunes. Thankfully, we’ve got both here.

American Angel is dedicated to his Texan lover; My Mother Had A Brother depicts a painful family secret; Please Send Me Someone (Anselmo’s Song) is an upbeat, salsa-style love prayer, inspired by his former lover who died of an AIDS-related brain haemorrhage in 1993, which samples elements from the Moonraker soundtrack.

As always, George is at his best when he’s in upbeat mode – listen to Amazing and Cars And Trains. The latter is a little number celebrating all sorts of over-indulgent behaviour, including casual sex, an act so connected to pop stardom and, of course, to George (who can forget his arrest for “lewd conduct” in the public toilets of the Will Rogers Memorial Park?).

George also has a knack for annoying “important” people. When we hear bits from the The Human League‘s excellent Love Action, we think, uh-oh, it’s Shoot The Dog. The endlessly controversial anti-Blair track with the even more controversial, yet so hilarious, animated video, has landed on Patience, as has an updated version of 2002’s tiresome Freeek! where Aaliyah‘s legacy lingers through samples of Try Again.

Also omnipresent on this album is George Michael’s quest for faith. God and Jesus are often spoken to and pleaded to, and the effect is earnest.

Sometimes deep and dark, at other times fresh and invigorating, Patience often displays Amazing grace. It is testament to a prolific career, and once again shows the skeptics in Bushey that this once Young, now Older Gun, has nothing left to prove.