Girl In Red – If I Can Make It Go Quiet 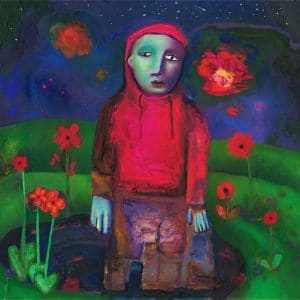 Marie Ulven, otherwise known as Girl In Red, has been building up quite the reputation over the last few years. Her early Soundcloud demos generated the kind of buzz reminiscent of Lily Allen and Kate Nash‘s days on MySpace, and her first EPs gained her a loyal following who identified with her songs about queer identity and mental health issues.

So the release of If I Can Make It Go Quiet feels like a bit of an event – the advent of a new star. Ulven certainly sets out her stall from the very start, with the galloping Serotonin grabbing the listener by the scruff of the neck. It’s trademark Girl In Red – lyrics such as “I get intrusive thoughts like cutting my hands off, like jumping in front of a bus”. The rush of the chorus is like a dose of the titular hormone itself.

The openness and frankness of Ulven’s lyrics soon becomes a recurring theme on If I Can Make It Go Quiet. The title of You Stupid Bitch may sound like it’s a precursor to insults being thrown at someone, but it’s actually a rather sweet and touching declaration of love (“You stupid bitch, can’t you see, the perfect one for you is me”) which sounds a bit like her fellow Norwegian Ida Maria. Did You Come is, as the title suggests, about how many orgasms your lover may have had, while hornylovesickness is walking around New York wanting to get laid.

All this is set to melodies that are instantly catchy and memorable – there’s anger in Ulven’s delivery sometimes, but it’s underpinned by a deep sense of sadness as well. Midnight Love has a cinematic sheen to it that almost envelops the listener, while the sad little piano riff at the heart of Apartment 402, combined with the gently pulsating beats, brings to mind Lorde‘s more melancholic moments.

Unusually for a debut album, there’s barely any filler on the record either. The ninth track may not have a title (it’s listed on the track listing as a simple full stop) but that’s as far as the minimalism goes – it’s one of the more emotionally intense songs with a repeated chorus of “honey, I’m not doing so well” to a gorgeously swooning melody.

The production, by Ulven herself, together with Matias Tellez and Finneas O’Connell, is exemplary throughout, from the opening scratchy electronic pop of Serotonin right through to the beautifully ghostly 80 second piano and strings of It Would Feel Like This which brings the record to a close.

It feels like a bit too much pressure to describe Ulven as a new ‘voice of a generation’, but there’s something in her personality (which is stamped all over this record) which shows exactly why her fans are so drawn to her. There’s also enough evidence that If I Can Make It Go Quiet could easily cross over to become a big mainstream pop album. This is a record that signals the arrival of a major new talent.

Girl In Red MP3s or CDs

Girl In Red on Spotify