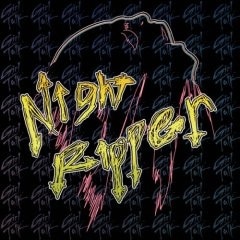 Notwithstanding contrary ideas about evolution, sampling has been around for…hmmm…about 0.00000000000003 seconds of global history. Or probably less. But in the history of recorded music, it’s already been with us for about 40 years now. Which is why the hoo-hah around Girl Talk is a touch puzzling.

Though music concr�te had been already been theorised and canonised by the intellectual avant-garde, it was Lee Oswald who first remodelled pop and rock sacred cows into a neat post-modern statement of meaning or lack thereof. When Oswald ingeniously matched Zep’s Wanton Song to the fire-and-brimstone hectoring of a midwest evangelist, it was difficult to tell which piece was the most sexually potent.

Oswald’s ‘Power’ still stands up as a piece of music in its own right. Oswald’s Plunderphonics series used the process to its nth conclusion. Its possible that Gregg Gillis of Girl Talk isn’t even aware of Oswald, but as until recently he made a dual living as a biomedical engineer, its safe to say that party-animal Gillis hasn’t exactly arrived fresh from planet Zog.

Despite the individual track listing, The Night Ripper is one extended piece of riffs, beats and melodies mixed and matched with a pantheon of rappers for your delight. No original pieces exist as such. The idea is to light the touch paper, stand back, admire the eclecticism and thus begins the ultimate short attention span party soundtrack in the manner of original New Yoik block party breaks ‘n’ beats-fests.

Deep in clubland, armed only with a laptop, Gillis no doubt rocks like a mutha. With a universe of available tunes to chop and change on his hard drive, Gillis’ not-inestimable rhythmic sense makes him a digital DJ with few peers. As a bootleg mix-tape, The Night Ripper is a ride, but as piece of ye olde commercial product, it leaves a little to be desired.

The obvious benchmark is Coldcut’s Journeys By DJ, but also compared to the works of US loop-dons like Funkmaster Flex, DJ Sizzahandz and the late J Dilla, Girl Talk lacks mood and is somewhat bereft of an original idea. With such a wide palette to choose from, Gilli’s strokes are a little broad for fine detail.

Relying on hits of the day to beef things out, Gillis’ piece isn’t the journey into the unknown that made Brainfreeze’s darkly-cracked Slurp! work beyond the sum of its steals. There’s thrills to be had for sure, not least for Gillis’ talent for keeping the crashing beats movin’.

The raps from KRS-1 to Chingy to Tupac all work well, and the B.I.G bloke set against Tiny Dancer at chipmunk speed is good for a laugh. But even with the inclusion of guilty pleasures like Wings and Pilot The Night Ripper just ain’t the trip that marked the original 2 Many DJ’s set as a re-playable pleasure.

Also, some over-familiar samples are trotted out with abandon. Hearing X-Ray Spex is always a pleasure but The Verve’s Bittersweet Symphony will have Allen Klein knocking on the door for yet more undeserved royalties. Less forgivably, Gillis presses the worn-out grooves of Lyn Collins’ It Takes Two and Quincy’s Summer In The City back into service.

Maybe a recent edition of The Onion was bang on the money when it warned about a serious sample shortage. It looks like its about to reach unsustainable levels. Time to write to your MP.