Glasvegas – Later… When The TV Turns To Static 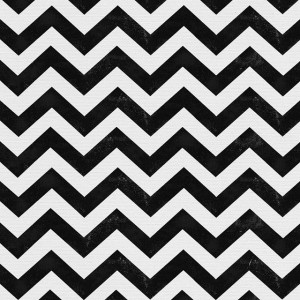 Glasgow quartet Glasvegas took the world by storm in 2008 when their eponymous debut of shimmering wall of sound indie-pop made a significant impression on critics and the public alike, reaching Number 2 in the UK album chart in the process. Having supported Dirty Pretty Things and Ian Brown on the way to its release, they had already generated plenty of interest. The hype before that debut was released reached fever pitch – and for once the hype was justified, and the album was nominated for the Mercury Music Prize.

Since then, second album Euphoric///Heartbreak\\\ was released to far less enthusiasm in 2011, drummer Caroline McKay left (being replaced by Swedish stick wielder Jonna Löfgren), support slots stepped up a notch, with Oasis and U2 being the latest big names to formally request their presence, before a parting of the ways with Sony occurred.

The first single from the new album, I’d Rather Be Dead (Than Be With You), was welcomed by many as a return to form; its delicate piano-led ode to misery was in stark contrast to the somewhat excessive song title but it was positively charged with emotion. Second single – and the first released on BMG – If, returns to that racing guitar sound reminiscent of early Editors with a dab of Jesus And Mary Chain: a galloping drumbeat coupled with James Allan’s vocal musings, that recall Shane MacGowan due to the thickness of accent applied (albeit Scottish rather than Irish), plus a healthy nod to Elvis Costello, result in one of the album highlights.

Occasionally though, Allan’s vocals seem over elaborated and a bit out of place, sounding as if an essay is being crammed into a three-to-four minute song. This is sometimes annoying, as the vocals overwhelm the music. A prime example is Finished Sympathy, which turns out to be a strange beast: synth strings provide a backdrop of beauty and the song is the closest to an anthem on the album, sounding great but at the same time having those excessive vocals going on.

The title track contains those shimmering guitars, accompanied by a plodding bassline and minimal percussion – a typical Glasvegas sound, “now the whole world looks so cinematic” sings Allan and it is exactly that, a real ‘lighters in the air’ moment with that accent providing perfect accompaniment this time. The uneventful Youngblood is indistinct, lacking a strong melody, and possessing jumbled vocals, and Choices is another low-key moment, lacking the wall of guitar sound and as a result feeling rather empty, but its strength is its fragility and piano line, sounding sad and reflective.

All I Want Is My Baby is built around a pulsing bass but merely serves as a warm up to the album’s outstanding track, Secret Truth. Beginning with a militaristic drumbeat and repetitive guitar line, the song builds in intensity to a strong chorus with synth backing and echoing vocals – an absolute joy. Magazine bears resemblance to a Simple Minds drum pattern, complemented with the distinct Glasvegas guitaring sound. The vocal performance is less anthemic than a Jim Kerr effort and lacks distinctive melody but the instrumental ending is dripping with more emotion. Neon Bedroom then closes the album in an altogether different fashion; a slower beat sounding like the melody from Doves’ There Goes The Fear is slowed right down, creating a gentle (almost) love song.

This offering doesn’t contain any nuggets in the same vein as the debut album, like Geraldine or the tearjerker Daddy’s Gone, and won’t draw attention like that acclaimed effort. But it’s better than that ‘difficult second album’; the addition of Löfgren has definitely improved the intricacy and subsequent drumming which is a big plus. Ultimately it’s likely to work best on a cold winter’s night in a remote cottage with just the wind, a raging log fire, a glass of the strong stuff and sad memories for company.